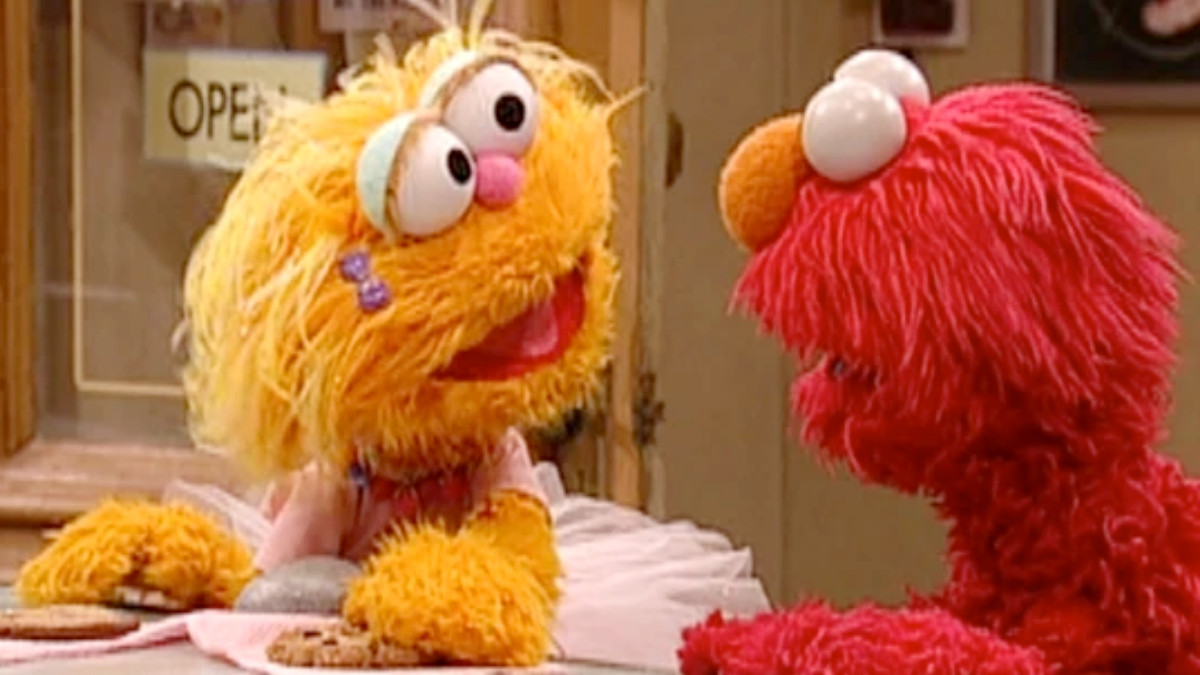 The concept of sharing has always been one of the most fundamental tenets that Sesame Street has preached throughout the years; however, it doesn’t always come easy. In fact, even Elmo had to learn this lesson the hard way, as evidenced by an old clip making its way around the internet.

Rather than berating the beloved red Muppet for the lesson he had to learn, people are rallying around him and insinuating that he got a raw deal in the process.

The origin of Elmo feuding with a rock

On Jan. 3, Twitter user @wumbooty uploaded the following video featuring Elmo, Zoe, and Zoe’s pet rock, the aptly but not very creatively named “Rocco.” “There are tears in my eyes y’all my stomach hurting,” they tweeted.

In the 35-second clip, Elmo and Zoe are at Hooper’s Store, where Gabi gives each of them a cookie. “Rocco” chooses an oatmeal raisin cookie, which is evidently Elmo’s favorite. However, he is dismayed to learn that it’s the last one. “Rocco! Rocco’s a rock, Zoe! Rocco won’t know the difference,” Elmo protests. “How is Rocco going to eat that cookie, Zoe? Tell Elmo! Rocco doesn’t even have a mouth, Rocco’s just a rock! Rocco’s not alive!”

The scene in question is actually from the season 35 episode of Sesame Street, “Elmo feels he’s treated unfairly by Rocco,” which originally aired in 2004 and was written by Christine Ferraro.

In addition to the cookie incident, Elmo had to put up with quite a bit of Rocco-related bullshit over the course of the episode leading up to that point, which might explain why he eventually lost his temper. Not only did Rocco sabotage Elmo’s plans to recite the alphabet, but the wholly inanimate object also cut in front of him on the swings. If we’re being honest here, Rocco sounds, quite frankly, like he sucks.

Eventually, clearer heads prevailed when Gabi pointed out to Zoe that Elmo had been fair to Rocco the whole day, and “while it’s fun to pretend, Rocco isn’t really alive and can’t eat or breathe, unlike Elmo who can get hungry and has feelings.” As such, Zoe very generously agrees on Rocco’s behalf to give Elmo the last oatmeal raisin cookie.

Chalk it up to the relatability of the feud, but the clip quickly went viral, generating over seven million views and 400,000 likes within days. It also didn’t take long for the Elmo vs. Rocco feud to become a full-blown meme as people began imagining the disagreement in the context of other pop culture arguments, such as Netflix’s 2019 Noah Baumbach film Marriage Story.

As Twitter personality Dennis B. Hooper pointed out, it would make for a fantastic episode of Curb Your Enthusiasm.

“Rocco coming to see Elmo,” ominously tweeted comedian Steven Castillo, along with a still from Goodfellas.

“Where was Rocco on January 6th,” wondered Zach Silberberg, the night before the one-year anniversary of the U.S. Capitol insurrection.

Elmo himself weighs in

The Rocco controversy got so out of hand that eventually Elmo felt the need to weigh in. “Don’t worry everybody! Elmo and Zoe practiced sharing and are still best buds forever! Elmo loves you Zoe!” the character tweeted on Jan. 5. “Elmo doesn’t want to talk about Rocco.”

But is Elmo over it?

It’s a freaking rock, Elmo, of course not. At any rate, we have a feeling this meme will be sticking around for a while since nothing seems like a better rallying cry for 2022 than, “Has anybody ever seen a rock eat a cookie?”