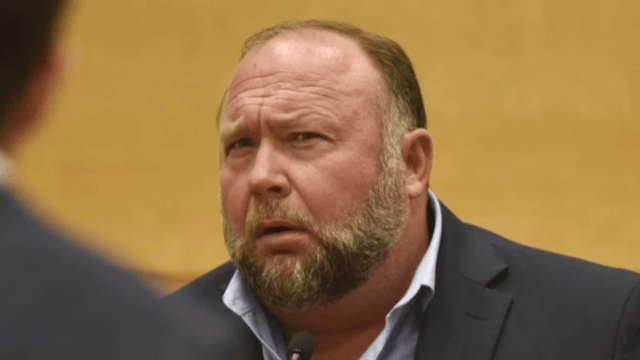 The face of crackpot conspiracy theories, Alex Jones was feeling comfortable behind his microphone on his InfoWars radio show as he talked about the 2012 Sandy Hook school shooting. He was adamant that it was all a conspiracy, and he was relentless in expressing why he thought that way. It has even been noted that he inspired other conspiracy theorists to agree with him and go on their own rants about it. Jones thought he was protected by free speech, but there’s a twist to it, and he recently found that out the hard way.

The defamation lawsuit brought against him was successful to the tune of almost $1 billion. He is being court-ordered to pay that money to the families of the students and the staff who were killed that day. Many onlookers are scratching their heads, wondering how much money will that leave Jones. Technically, that will leave him broke with absolutely nothing left, but it might not actually be the case. Legal proceedings of this nature have their own twists and turns that can ultimately deny those families of the money they were awarded.

Jones thinks of his website and radio show as an independent news source that isn’t connected to any kind of conglomerate that could influence the news. Although he talks about trending social and political issues, he rose to fame thanks to an unhinged on-air persona and his wild, far-right conspiracy theories. His fans believe he is bringing out the truth and exposing guilty parties who deserve to be punished for their crimes, but a whole slew of credible sources say that he is at the center of fake news. Fake news is technically covered under freedom of speech and listeners do have the right to turn it off if they disagree. However, as his listeners have just learned and his victims have just had confirmed, freedom of speech has its limits when it steps over the line, but will Jones pay up?

Jones will have an impossible time paying if he were to simply whip out his checkbook and start writing checks. Estimates of his net worth put him between $135 and $270 million. Obviously, that’s not even close to the $965 million he has been ordered to pay.

While he asked his listeners to donate the money he would need to pay the families of the victims, he talked on his show about not even paying it. He can appeal the decision, which can possibly tie up proceedings for a few years. Taking into account that it took almost 10 years for this case to be decided after that terrible day in Newtown, Connecticut, years in appeals can drag on as well.

The twist to free speech

Generally, freedom of speech is covered under the United States Constitution, but defamation of character is not. To establish defamation of character, it has to be proven that it was a lie and that it caused damages as it was being presented as a fact. Normally, defamation lawsuits are on a relatively small scale based on the damages. It was proven in court that he had inspired others to spread his conspiracy theory about the school shooting. That alone escalated this lawsuit to this phenomenal amount.