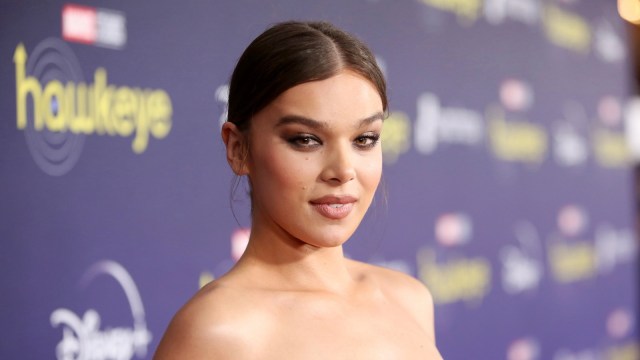 Actor/Singer Hailee Steinfeld offered yet another tease for her upcoming new single “Coast” along with a healthy serving of her own always-on-point fashion sense on Instagram today. The Hawkeye star showed off a pant and shirt set with a matching bikini top styled with a pearl necklace dotted with charms that spell out “Coast” dangling from a belt loop. The singer looks fresh off the beach with blond highlights and a “no makeup” made-up natural look.

Steinfeld teased the single, her first since 2020’s “I Love You’s,” three days ago, then followed it up with an announcement that the track would feature collab from rapper and Silk Sonic drummer Anderson .Paak. Both prior posts featured a heavy dose of Pacific coast imagery, a theme mirrored by the blue, white, and aqua wave patterns of her ‘fit in the latest update.

Steinfeld has been concentrating on her acting career more in the last year, performing voice work in the original Into the Spider-Verse animated film and its sequels, as well as performing her live-action MCU role as Kate Bishop/Hawkeye in last year’s Disney Plus streaming series, Hawkeye.

In her initial post, Steinfeld described .Paak as “one of my favorite artists/someone I’m lucky to call a friend. He’s so sick!! And so is the song!! Bet!!!!” Silk Sonic’s single “Leave the Door Open,” which .Paak wrote with fellow member Bruno Mars, reached number one on the Billboard Hot 100, and took four awards including Song of the Year and Record of the Year at the 64th Grammy Awards. .Paak has collaborated successfully with several artists but his effort with Steinfeld marks one of his first effort with a pop-oriented singer.