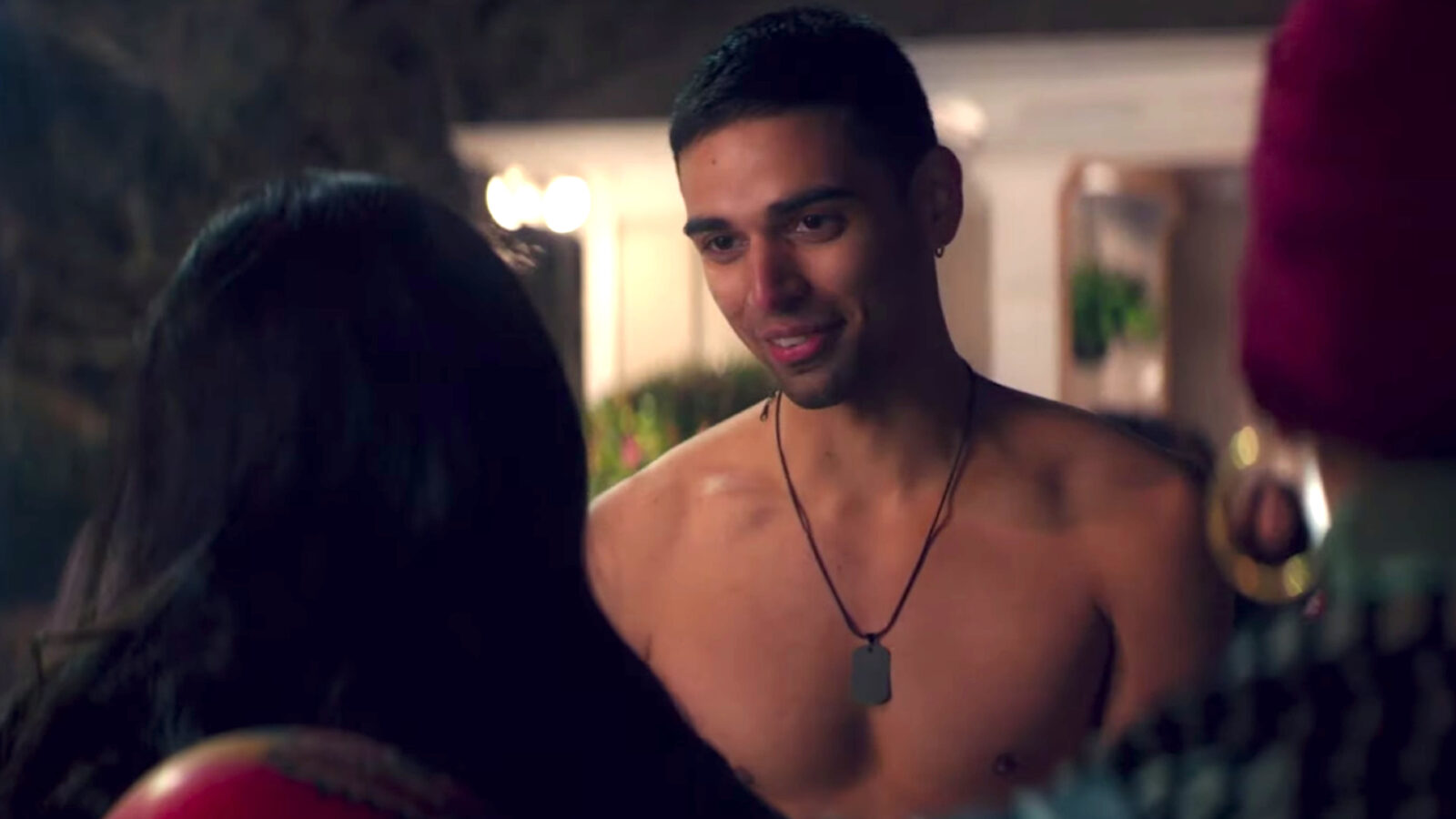 Ms. Marvel continued its hot streak with another killer episode today. We saw Kamala getting to grips with her powers, got some very interesting hints about her family history, and saw her directly tangle with the Department of Damage Control. But we also got the debut of 100% hunky new character Kamran, as played by Rish Shah.

Introduced doing an impressive dive into a pool at a party and emerging topless from the pool, Kamala (and I imagine many viewers at home) were instantly smitten. Kamran drives a Porsche, has a solid knowledge of Bollywood movies (he’s a Kingo fan!), and has a rockin’ bod. We can see why Kamala’s gone weak at the knees.

At the end of the episode, we learned that he might not be all he seems. Kamran arrived in his Porsche to save Kamala from Damage Control, with a mysterious passenger in the back seat. Comic readers will know that Kamran isn’t just some random guy, so here’s how his arc goes down there. Potential spoilers for what may come in the show follow.

Like the 616 Kamala, Kamran is a ‘Nuhuman’ who received powers via Terrigen Mist (a substance that activates latent Inhuman abilities). While Kamala is stretchy, he has bioluminescent and biokinetic powers that let him shock opponents or transfer energy into objects. Kamran and Kamala were briefly romantically linked, though he betrayed her and was revealed to be working for the sinister Lineage.

Right now, we don’t know how much Ms. Marvel will echo that. We suspect that his MCU power set will be different as we don’t have the Terrigen Mist here, though Kamran saying that belly flopping into a pool from a great height didn’t hurt at all is likely a clue to what he can really do.

But the big question is: what is he really after? Let’s face it, it can’t be a coincidence he turned up in Jersey City at the same time Kamala discovered her powers.

Our tip is to keep a close eye on him in the upcoming episodes.