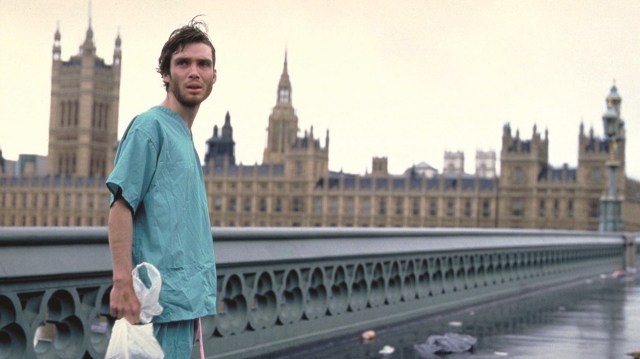 The pop culture realm provides fans with a lot of room to brainstorm, create ideas, and get lost in interesting questions.

Have you ever found yourself wondering what exists in different realms of horror? Are there virus outbreaks in slasher movies? Do speeding tickets ever get handed out when masked maniacs are on the loose, and even more pressing — do zombie horror movies exist within zombie horror movies?

A Reddit thread asks that very question, which is now weighing heavily on our minds because — of course, it does. As if we didn’t have enough floating around our brains in our busy day-to-day lives, now we’re going to stay up at night wondering if zombie horror movies exist in, well — you know the rest.

As to be expected, the Redditor wasn’t the only one with the same pressing question — several horror/zombie aficionados have found themselves wondering the very same thing.

Some fans found instances where the undead are mentioned without the term “zombies.”

The documentary comment is a good point and opens up another realm of possibilities. Do they have documentaries about zombies rather than horror films? If we’re watching a zombie flick where an outbreak is happening for the first time, that would almost make more sense.

They’ll want to soak in knowledge about the creatures vs. using them as a horror tactic, at least at first.

This comment brings up another good point, not just in zombie movies but horror in general. It’s so easy for audiences at home to scream at the television when the characters aren’t “aiming for the head” or when they run upstairs instead of out the door — we see things from a different perspective.

All things considered, while there may not be a clear-cut answer, we’re thrilled to know that we’re not alone in our newest off-the-rails thought-train.