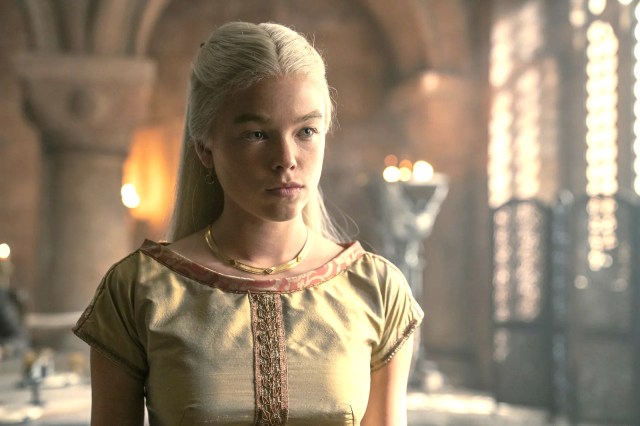 For many fans of the highly anticipated premiere of House of the Dragon, one performance towered above all others.

Redditor AymaneKA23 posted a meme in the r/HouseOfTheDragon subreddit with a warning sign emoji, and a tongue-in-cheek caption stating, “Actress Milly Alcock, who plays, Rhaeneyra Targaryen, has just been HOSPITALIZED SERIOUSLY after a spinal fracture for carrying the 1st episode of House of the Dragon on her back!”

Members of the community were relieved to discover that Alcock was unharmed, and that the meme was playfully praising her phenomenal performance as the younger version of the controversial heir to Seven Kingdoms. Many fans like Menotyourenemy agreed that her turn as Rhaenyra was mind-blowing.

It seems Alcock’s acting skills captured many hearts and minds. Hotpies1985 described her portrayal of Rhaenyra as powerful and charismatic. They were also impressed by Rhaenyra’s father King Viserys I (Paddy Considine).

However, other fans felt that it was unfair to suggest that Alcock alone carried the first episode of the series. They were quick to point out that many aspects of the show had to align for the premiere to be great.

It’s clear that Kate Rhodes James, the casting director for House of the Dragon, has done an extraordinary job of choosing actors with the spellbinding ability of capturing viewers’ hearts and minds. The Game of Thrones spinoff is already in such great demand that the HBO Max app crashed as fans were streaming the premiere. Alcock’s breakout performance among a seasoned group of outstanding peers is likely to be remembered during awards season.