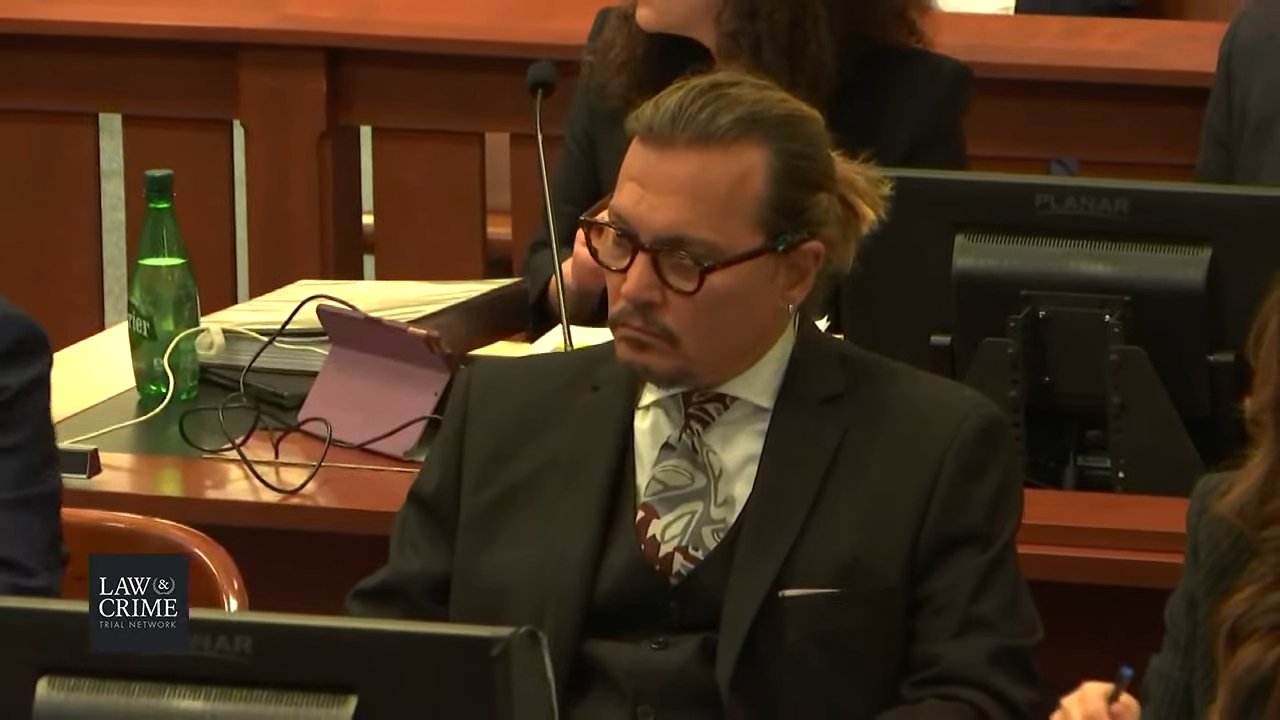 Content warning: the article contains discussions of domestic abuse that some readers may find disturbing.

Audiotapes of Johnny Depp and Amber Heard arguing — including one in which Heard appears to be calling Depp a “baby” and states, “I was hitting you, it was not punching you” — were played in front of a jury during a trial of dueling defamation lawsuits Wednesday between the Hollywood stars and ex-spouses.

Pirates of the Caribbean actor Depp is suing Aquaman star Heard for $50 million for defamation. The lawsuit centers around an op-ed Heard wrote describing herself as a “public figure representing domestic abuse.” Though Depp wasn’t named in the piece, he argues he is implied as the abuser in question in the article. Depp denies the claims and says the allegations damaged his career. Depp’s lawyers say Heard was the abuser in the relationship, not him. Heard is counter-suing, also for defamation, for $100 million.

Wednesday represents the second day of testimony from Depp, which was live-streamed from the Fairfax, Virginia courtroom on the Law & Crime Network YouTube channel. Depp provided context to the audiotapes in question, to give his point of view of what was happening at the time.

In one of the audiotapes, the couple could be heard arguing about whether Heard allegedly punched Depp.

“I’m sorry that I was not hitting you across the face in a proper slap. But I was hitting you, it was not punching you,” Heard could be heard saying in the tape. ”Babe, you’re not punched!”

Depp responded in the tape, saying, “Don’t tell me what it feels like to be punched!”

The two then go back and forth in the tape. The segment was posted by the Law & Crime Network Twitter account.

Heard then proceeds to call Depp a “baby,” and seemingly admits to starting a physical fight on the tape.

Depp alleges that what had happened just prior to the tape being recorded was that he was in the bathroom taking a shower when Heard “came banging on the door.”

“I didn’t want to deal with any more of [the] sarcastic, demeaning, aggressive, violent, toxic [behavior],” he testified.

Depp then said he was allegedly trying to close the door of the bathroom, when he thought he heard Heard yelp in pain from the other side of the door. Depp said he was worried she may have caught her foot underneath the door, so he knelt down to inspect it. At this point, Depp alleged that Heard “kicked the bathroom door into my head.”

When Depp stood up and exclaimed “What the f**k,” Heard then allegedly “clocked” him in the jaw, Depp testified.

In another tape, also occurring amidst an apparent argument, Heard could be heard saying “Hey, why don’t you f**k yourself. Go suck your own d**k.”

When asked to describe the context of the second audiotape, Depp said he didn’t remember specifically, but alleged it occurred during some kind of “clash.” He said he believed it happened during a time when Heard allegedly brought Depp’s children into the argument, with Heard allegedly telling him, in Depp’s words, “she hopes that my son’s stepfather can teach him how to be a man since I couldn’t.”

Depp’s lawyers also submitted into evidence photos of a knife Depp claimed Heard gifted to him in 2015 with the inscription, “hasta La Muerte,” which translates to “Until death.”

Depp also testified that he received a bruise after Heard allegedly administered a “round-house punch” to him. The photo of Depp’s bruised face was submitted as evidence by Depp’s lawyers.

At one point, Depp demonstrated what he described as the methods he used to physically avoid being allegedly attacked by Heard.

This involved allegedly using a “duck and cover” maneuver, he said. After that, Depp claimed that Heard “didn’t stop” hitting him. Depp said Heard was allegedly swinging her arms wildly, so he wrapped her arms around her.

During the course of things, Depp alleged his head may have made “accidental contact” with her head. Depp said this ended up being the reason Heard allegedly accused Depp of giving her a broken nose by headbutting her.

Depp said Heard “split off” after that, but returned a few minutes later, allegedly with a tissue to her nose. She pulled it away from her face and Depp said he saw there was a red color on it. Depp then alleged he later found a discarded tissue with nail polish on it.

Depp and Heard’s former marriage counselor described the couple’s behavior with each as “mutual abuse,” in her testimony last week. The therapist, Laurel Anderson, also said she saw bruises on Heard’s face at one point.

Heard is slated to testify at some point during the trial, which is expected to last more than a month. Other famous names on the witness list slated for testimony, either in person or via video link, include tech mogul Elon Musk, and actors James Franco and Paul Bettany.