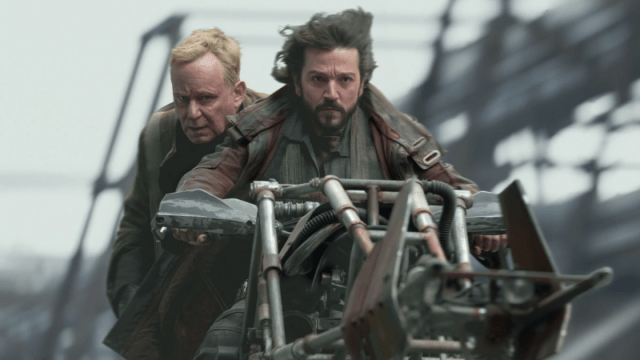 It’s a great time to be a Star Wars fan because there are so many new series expanding the galaxy. Star Wars fans are notorious for having very strong opinions, so it is not unusual for fans to compare and contrast these new offerings. One Reddit user compared the new series Andor “to a home-cooked meal made by a professional chef who understands spice and seasoning and balance” while calling previous shows such as The Mandalorian all “live action cartoons” that are like “eating a bag of hard, cheap sugar candy.” Ouch!

This user believes that Andor is so good it makes the other shows lesser by comparison. Shows like The Mandalorian, Book of Boba Fett, and Kenobi lack “subtlety or nuance.” The writing is subpar as the “dialog is exposition.” These series focus too much on “the next wish-fulfillment action scene” or “viral Twitter moments.”

Andor changes all that. They state: “Andor has shown, by contrast (in casting, writing, set design, cinematography, direction, pace, nuance) that those Favreau / Filoni shows were simple. Almost amateur. Fan films made with full-size action figures.” The user was not pulling punches with their critical review.

Andor centers around the journey of Cassian Andor, played by Diego Luna, from refugee to rebel spy. Audiences first met Cassian in the film Rogue One. The show was created by Tony Gilroy, who co-wrote the screenplay for Rogue. Andor focuses on the everyday people of the Star Wars universe and explores themes such as the horrific impacts of colonialism. New episodes of Andor are released every Wednesday.