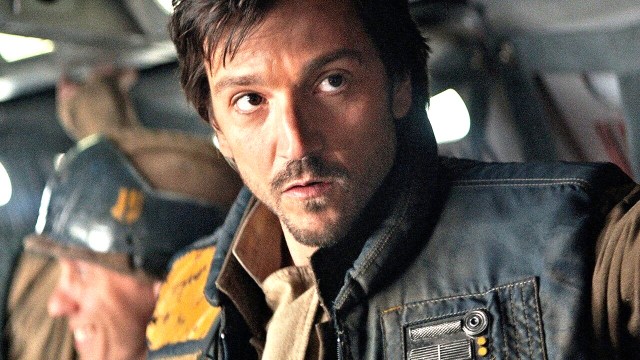 Andor star Diego Luna says that the series will be about people who are just trying to survive. In the prequel series to Rogue One: A Star Wars Story, Luna plays Cassian Andor, a thief who’s inspired to join the Rebellion once the Empire starts laying its claim across the galaxy. It will also follow a cast of characters willing to put their lives on the line for what they believe in.

In an interview with Collider, Luna discussed the scope of the series and how it represents the entirety of the conflict.

“Yeah. It is a show about the people in both sides. It’s quite unfair, I mean, I understand why, but it’s quite unfair to call it Andor because it’s pretty much an ensemble piece where people matters and storylines are important. The people you’ll meet here is just regular people surviving in very dark times of the galaxy, in both sides. In the Empire, in that bureaucratic system that doesn’t allow people to be people to be themselves, where they’re just numbers.”

The characters in the story are a wide collection of personalities with their own motivations. Genevieve O’Reilly is back as the Galactic Senate leader Mon Mothma, Stellan, Stellan Skarsgård plays new character Luthen Rael (who’s recruiting people for the Rebel Alliance), and Kyle Soller plays Syril; a Deputy Inspector who’s on the hunt for Cassian. It’s also been confirmed that Forrest Whitaker will return as Saw Gerrera from Rogue One.

Luna went on to talk about the overall message of the story, and how this long-form story is the best way to tell it.

“Then you have these other people surviving oppression in very hardcore moments. It’s about that need for people to unite, to articulate a reaction that involves community. It’s about the strength of community. I think it’s a pretty pertinent story, also, these days. This long format, I mean, I grew up watching film. I wanted to do film. I’ve done film all my life, but I tell you one thing, the freedom that this long format has brought to us is quite unique because we can ambition to be, yes, the action and adventure story that Star Wars wants you to be.”

Andor will be two seasons long, and each run will have 12 episodes, the longest compared to previous Star Wars shows The Mandalorian and The Book of Boba Fett. The series also boasts more practical effects and real locations, rather than relying on the Volume, which uses LED screens to depict its locations.

The story will be a sprawling adventure across the galaxy, but Luna stresses that it’s still very personal.

“But at the same time, [s]ometimes be a very intimate journey of characters, just relating, and then go to a spyish thriller, a political drama, and come back and transform. And we don’t have to make choices that would alienate us from trying other stuff, new stuff. And we are allowed to be different, in a way, in the world and universe of Star Wars. And we’re really pleased with that.”

Lucasfilm released a one-minute clip from Andor, but we won’t find out how things pan out until the first three episodes of Andor premiere on Disney Plus on September 21.