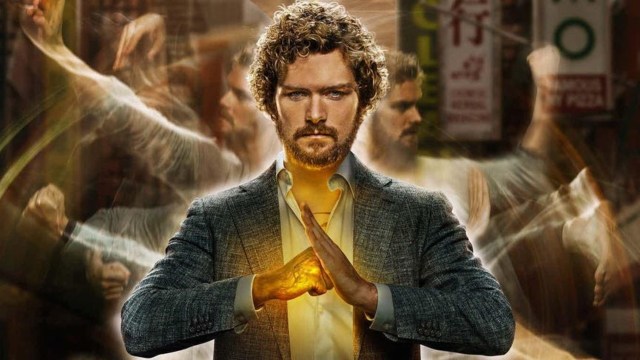 Thanks to Disney acquiring production companies like they’re Infinity Stones, the MCU is welcoming Marvel characters from all over, with one of the most recent and lauded announcements being that Hugh Jackman’s Wolverine will be in Deadpool 3. With Netflix Marvel characters such as Charlie Cox’s Daredevil and Vincent D’Onofrio’s Kingpin being allowed into the fold, another hero also wants admittance, and he already knows a way to make it happen.

Though we know that Daredevil is securely back after a quick cameo appearance in Spider-Man: No Way Home, an upcoming appearance in She-Hulk: Attorney at Law, and his own Disney Plus show on the way, the fate of his fellow New York-based heroes still hangs in the balance. Alongside Daredevil, Netflix created a handful of Marvel series following heroes Luke Cage, Jessica Jones, The Punisher, and Iron Fist. Though his show may have been the worst received of the bunch, Iron Fist actor Finn Jones is all for reprising his character within the MCU.

In an interview with Comicbook, the actor discussed how he could see the character returning in the future, “I would love to continue playing that character. I think there’s a lot of room for growth. Personally, where I would like to see the reintroduction of the character would be something like a Heroes for Hire TV series.” The Heroes for Hire group is exactly what it sounds like, a Marvel group of powered beings that sell their abilities to those in need. In the comics, the group is helmed by Danny Rand aka Iron Fist and Luke Cage, with the actor stating he’d love to work with Luke Cage actor Mike Colter once again.

“I think that would be the most dynamic and fun way to reintroduce those characters. I loved working with Mike and I loved the on-screen chemistry between Danny and Luke. I think it’s a really interesting creative place that show can be taken in. I’d love to pick up that mantle again and keep moving this character forward and make the best possible Iron Fist there could be.”

If the character were to return, this might be a decent way to go about it, as it would allow Marvel to include more “B-list” heroes or even see more collabs between existing heroes. Moon Knight, She-Hulk, Colleen Wing, and The Punisher all take part in the group within the comics. Marvel fans are also on board with this idea, even with the inclusion of the much-maligned character.

You can catch all these heroes, including Iron Fist, which is now available on Disney Plus.