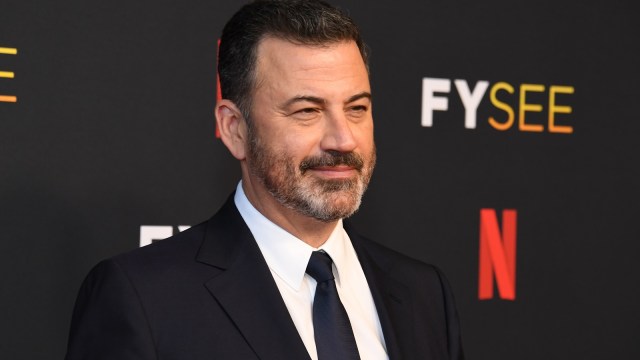 Wednesday night on Jimmy Kimmel Live, Brie Larson explained to the host that a part of her new show Growing Up involves teenagers explaining what they’re most ashamed of, providing the perfect opportunity for Kimmel to chime in with his crappy admission.

Larson, who is involved in two upcoming Disney Plus projects — the aforementioned Growing Up and also a short film called Remembering — mentioned to the audience, “When we talk about things in a place that’s safe with a person who is safe, we can relieve ourselves of some of our pressure.” She was unaware that Kimmel would take the word “relieve” literally.

The Captain Marvel actress continued her positive message for the audience. “Everyone here in this room, I know there’s something that probably deep down that you’re like ‘Maybe that’s not ok about me.’ It’s totally ok.”

After audience applause, Kimmel apparently felt that his show was his safe place because he then said, “I once sh*t my pants in Universal CityWalk.”

For those unaware, Universal CityWalk is a restaurant and entertainment area that’s a part of Universal Studios Hollywood. Kimmel’s experience is not necessarily indicative of those restaurants.

Following the confession, Brie initially kept a straight face as Kimmel laughed and said, “I’m feeling safe with you right now, so I thought I would share it.”

Although it was the oddest moment of the conversation, it wasn’t quite the funniest moment thanks to Brie’s quick-witted response to Kimmel, saying, “I feel better right now, actually. It was hard to get it out but once it came out it felt so good.”

Larson responded by asking for clarity. “Your sh*t or this?” Thankfully Kimmel answered, “Well, both of the things, really.”

It’s unclear what he ate at Universal CityWalk on that fateful day to cause such a bowel movement, but he did manage to avoid any accidents during the Larson interview.

Brie’s docuseries Growing Up is now available on Disney Plus, and is described as a show that “Explores the challenges, triumphs and complexities of adolescence through ten coming-of-age stories.”

The Academy Award winner explained that it was a lengthy but rewarding process of meeting everyone who was a part of the series because each episode follows just one of them in their journey.

Remembering, on the other hand, is a short film that stars Larson and was directed by Elijah Allen-Blitz, which portrays an interactive world for the viewer called “augmented reality.” The story is about a young woman who tries to recall her forgotten ideas of her childhood.

We assume that Jimmy Kimmel would’ve settled for an augmented reality version of his embarrassing moment, instead of the one he unfortunately let loose.