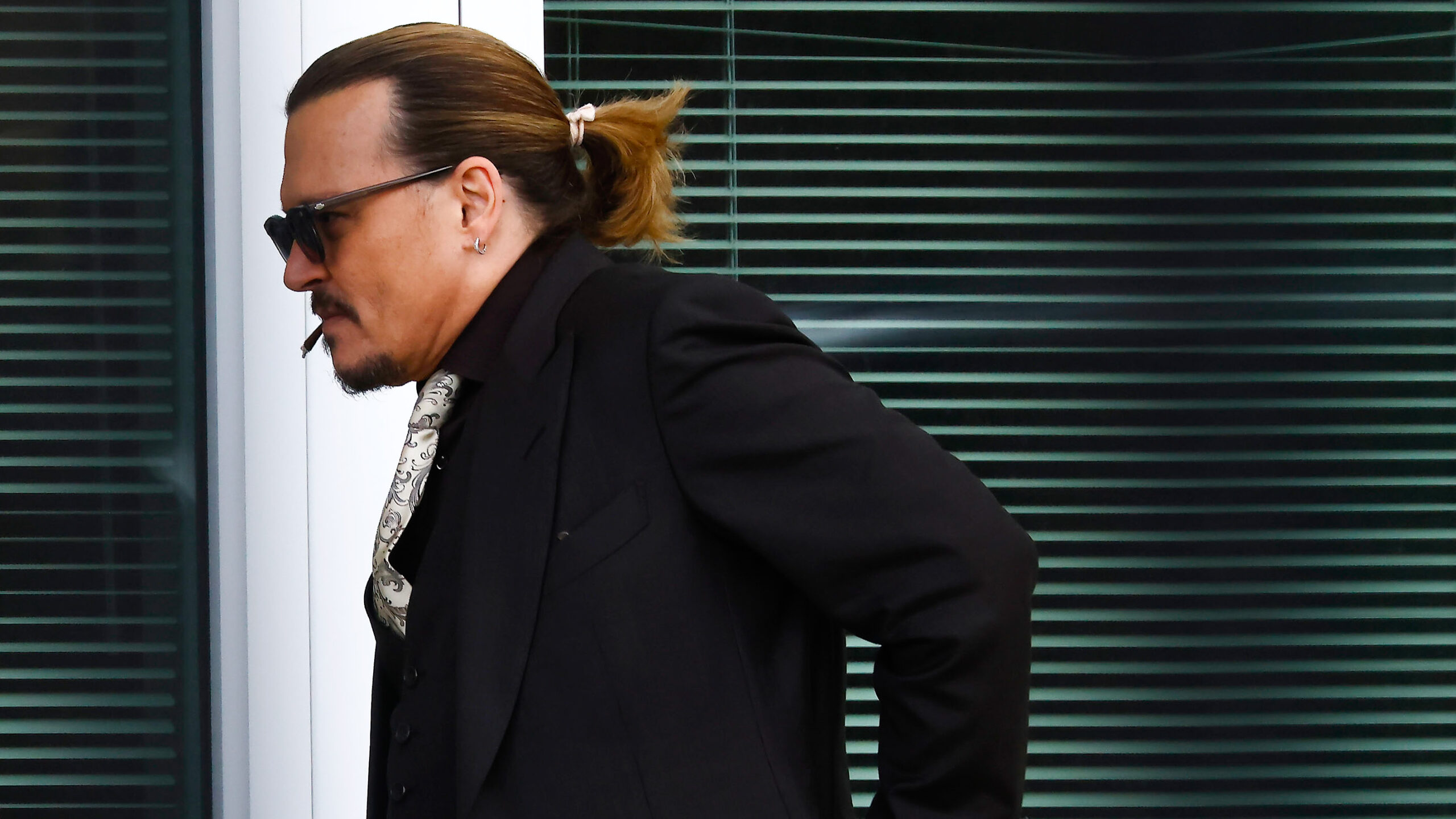 Johnny Depp is disputing the context of a rather unflattering photo of himself being unconscious with ice cream melting in his hands amid a trial of dueling defamation lawsuits versus ex-wife Amber Heard.

Pirates of the Caribbean actor Depp is suing Aquaman star Heard for defamation for $50 million. The lawsuit centers around a 2018 Washington Post  op-ed Heard wrote describing herself as a “public figure representing domestic abuse.” Though Depp wasn’t named in the piece, he argues he is implied as the abuser in question in the article. Depp denies the claims and says the allegations damaged his career. Depp’s lawyers say Heard was the abuser in the relationship, not him. Heard is counter-suing, also for defamation, for $100 million.

Thursday represents the third day of testimony from Depp, and the first full day of cross-examination from Heard’s lawyers, which was live-streamed from the Fairfax, Virginia courtroom on the Law & Crime Network YouTube channel.

Heard’s lawyer, Ben Rottenborn, submitted a photo as evidence of Depp appearing to be unconscious but in an upright position, asking the actor if he could confirm if this was an image of him “passed out.”

“Passed out is an interesting word. I was asleep,” Depp replied, adding that the image was taken after he had worked a 17-hour day while filming Black Mass in Boston in 2014.

Depp acknowledged it was ice cream in his hand, but that it was only there because Heard asked him to hold it for her.

Despite Depp taking issue with the phrasing “passed out” versus “asleep,” the actor did acknowledge he had ingested “opiates.” But he said his right hand being tucked into his pocket shows he “wasn’t participating in the festival of ice cream. [He] was holding her ice cream.”

“And because she knew what was going to happen, I would fall asleep and it would drop and that was a wonderful picture to take for sure,” he said.

On Wednesday, Depp detailed the alleged “endless circle” of arguing that ended up dominating his relationship with Heard, which often escalated to violence. He also claimed, in excruciating detial, that Heard allegedly smashed a vodka bottle on his hand that ended up severing off his finger tip.

Depp and Heard’s former marriage counselor described the couple’s behavior with each other as “mutual abuse,” in a testimony last week. The therapist, Laurel Anderson, also said she saw bruises on Heard’s face at one point.

Heard is slated to testify at some point during the trial, which is expected to last more than a month. Other famous names on the witness list, slated for testimony, include tech mogul Elon Musk, and actors James Franco and Paul Bettany.