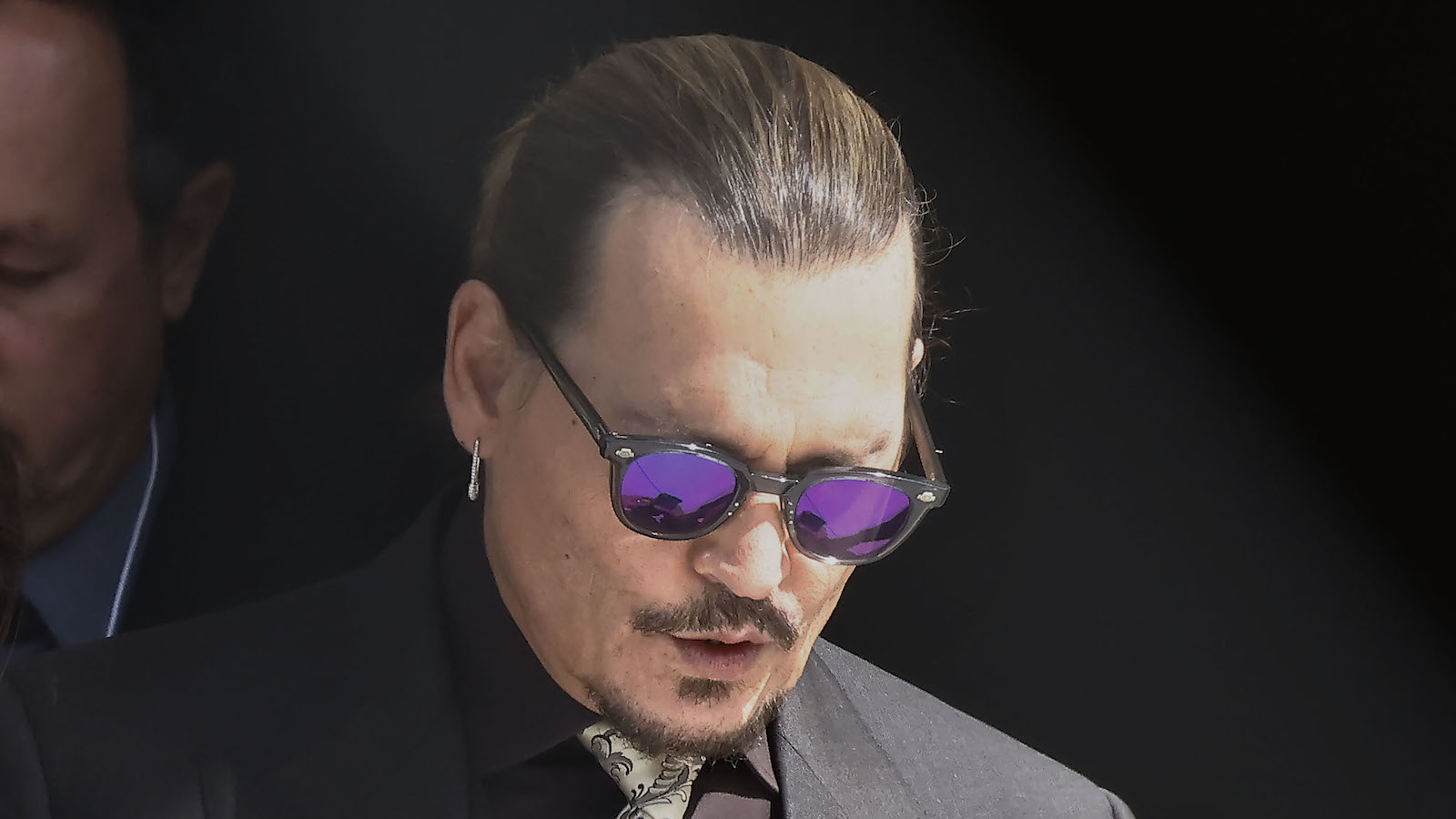 Content warning: the article contains descriptions of graphic violence and domestic abuse that some readers may find disturbing.

Johnny Depp is breaking down in excruciating detail the moment when he alleges ex-wife Amber Heard injured his finger, to the point that his fingertip got cut off when Heard threw a vodka bottle at him. This all comes amid a trial of dueling defamation lawsuits between the two Hollywood stars.

Pirates of the Caribbean actor Depp is suing Aquaman star Heard for $50 million for defamation. The lawsuit centers around an op-ed Heard wrote describing herself as a “public figure representing domestic abuse.” Though Depp wasn’t named in the piece, he argues he is implied to be the abuser in question in the article. Depp denies the claims and says the allegations damaged his career. Depp’s lawyers say Heard was the abuser in the relationship, not him. Heard is counter-suing, also for defamation, for $100 million.

Wednesday represents the second day of testimony from Depp, which was live-streamed from the Fairfax, Virginia courtroom on the Law & Crime Network YouTube channel.

While Depp maintains Heard is the one who threw a vodka bottle at him that ended up cutting off his finger, Heard’s lawyers deny the allegation and claim the injury was self-inflicted by Depp to his own digit.

At one point, Depp’s attorneys even shared a photo of the actor with a bandaged hand to treat the injury on his right middle finger.

“He said he opted for the kid bandages to bring some levity,” Cathy Russon, executive producer for Law & Crime Network, said in a post sharing the photo on Twitter.

Depp alleged the finger incident all started when the couple argued in Australia while he was filming Pirates 5. He and Heard allegedly began discussions for a postnuptial agreement since they missed the window to do a prenup. Depp explained that such discussions allegedly “would turn into a weird springboard into unpleasantness and then arguments.”

When Depp arranged for his attorney to meet with Heard and present her with a proposed postnup document, Depp claimed Heard complained the lawyer was “rude and dismissive.”

Depp recalled he found it odd that Heard allegedly kept saying to him, “I’m not even in your will,” during the arguing.

Depp said he wasn’t versed on “legalese” and so could not explain the legal documents to her.

“All I could do was try to calm her down. And say that I was not out to screw her over or put her in a position that was uncomfortable,” he recalled.

Depp said, despite his efforts, the fight allegedly “escalated and turned into madness.”

“She was irate, and she was possessed. And when I tried to remove myself as I normally would from the situation,” he said.

The sprawling house in Australia was akin to a “labyrinth,” according to Depp, so he allegedly hid out in “at least nine bedrooms, bathrooms that day, as she was banging on the doors and screaming obscenities and wanting to have a physical altercation.”

Depp said when he was locked away in a bathroom and Heard was allegedly “banging away, screaming,” she eventually walked away.

“I could hear her receding into the distance if you will,” Depp said.

After that, Depp — who said he had been sober from alcohol and other substances for many months at that point, aside from marijuana — made his way to the downstairs portion of the house, where there was a rec area and bar, he claimed. He then grabbed a vodka bottle and poured himself “two or three stiff shots.”

“She came down to the bar and found me there and of course started screaming, ‘Oh, you’re drinking again. The monster,’ and all that,” Depp said.

“[She was] flinging insults left, right, and center. She then grabbed that bottle and threw that at me,” he said.

Depp said that due to the way he was situated behind the bar, with his hand atop the counter, the second bottle that Heard allegedly threw made contact with his hand and “shattered everywhere.”

Depp said he didn’t feel the pain at first, but “heat” and the sensation of something dripping down his hand.

“Then I looked down and realized that the tip of my finger had been severed. I was looking directly at my bones sticking out,” he said. “Blood was just pouring out.”

Depp alleged all the bones in the upper part of his middle right finger were “crushed.”

“This is basically arthritis that kicks into the joint once that …once that upper part of the finger is mangled,” Depp said, pointing to the digit and adding that it is on his dominant hand.

Immediately after the injury happened, Depp alleged Heard was yelling a “high-pitched, constant attack of insults.”

Depp claims he had the closest thing he’s had to “a nervous breakdown” in the immediate aftermath.

During this self-described “nervous breakdown,” the actor claimed he started to write with his own blood “on the walls.” The messages represented lies Heard allegedly told Depp and that he had caught her in from past moments in the relationship.

Depp claimed he then went to go hide in a bathroom again and texted his personal physician, Dr. David Kipper, notifying him of the injury.

Depp said he was transported to the emergency room and lied to doctors, saying the injury happened because he smashed his hand in large “accordion doors.” When asked why he lied, Depp alleged he didn’t want to put Heard’s “name in that […] mix.”

“[M]utual abuse” was the description Depp and Heard’s former marriage counselor used to describe the couple’s behavior with each other in testimony last week. The therapist, Laurel Anderson, also said she saw bruises on Heard’s face at one point.

Sean Bett, Depp’s security guard, testified Monday that he had taken photographs of injuries on Depp’s face, including scratches and bruises, on two separate occasions in 2015. The images were shown to the jury and submitted as evidence by Depp’s lawyers. Bett also said he never saw any evidence of physical abuse on Heard, nor did she ever tell him that Depp abused her.

Heard is slated to testify at some point during the trial, which is currently in its second week and expected to last more than a month. Other famous names on the witness list slated for testimony, either in person or via video link, include tech mogul Elon Musk and actors James Franco and Paul Bettany.