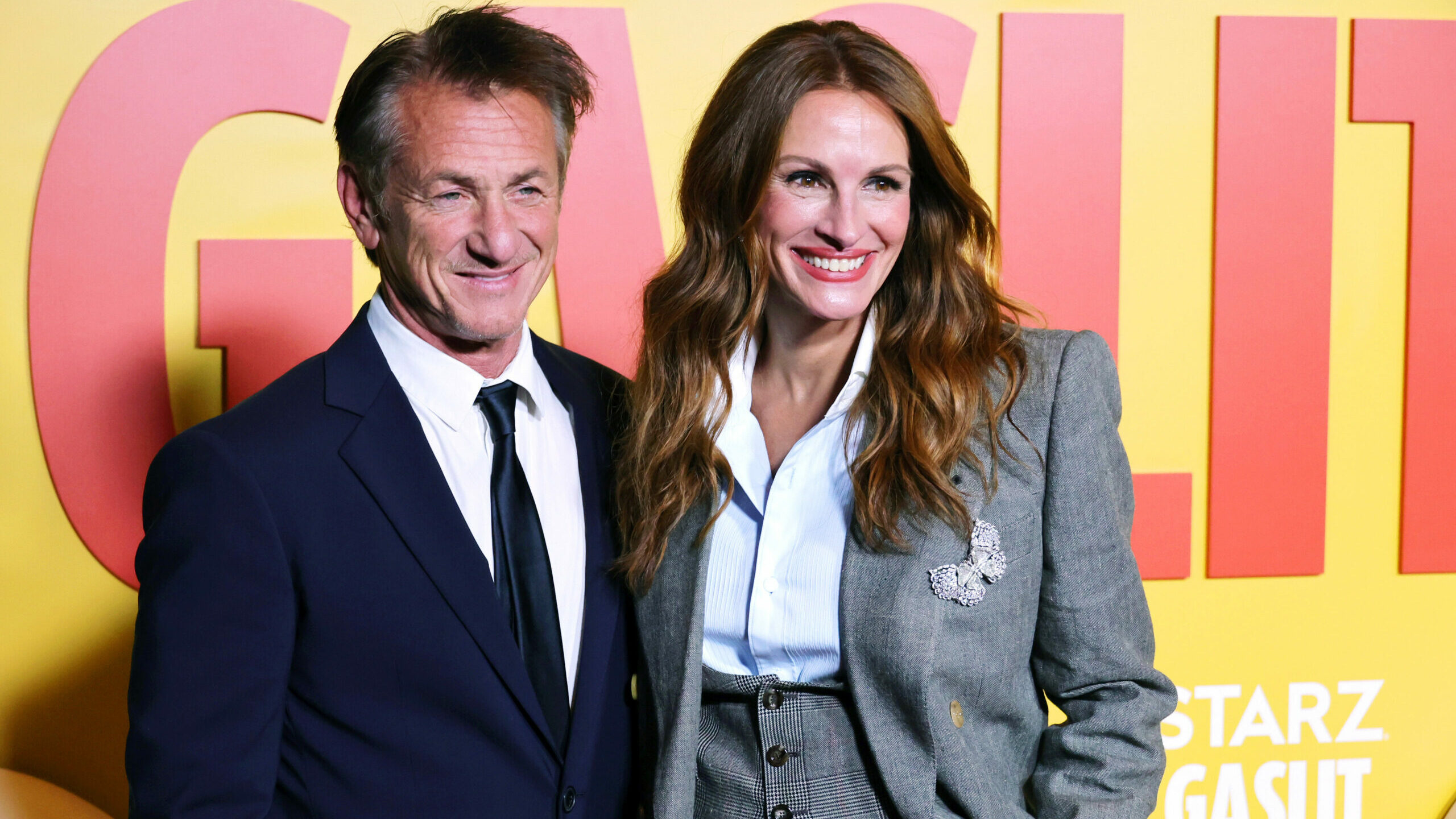 Gaslit, an all-star political thriller, is heading to Starz this weekend, and Julia Roberts joined Sean Penn on Good Morning America to talk about the upcoming emotional rollercoaster viewers will enjoy.

Roberts portrays Martha Mitchell, with Penn taking on the role of John Mitchell, Richard Nixon’s Attorney General, and her husband. The two were early lovers with a romance most would only dream of — until scandal and debauchery threatened to destroy it.

Of course, scandal threatened to destroy everything with the Nixon Watergate scandal, and Martha Mitchell’s role in the story has been sort of erased, as Roberts shared with George Stephanopoulos on Good Morning America.

When Stephanopoulos asked Roberts what she knew about Martha before the series, she admitted that it wasn’t much, but she knew who she wanted to work with in telling the story.

“I knew that she was married to John Mitchell, but that was really it, and then when I read it, I go, ‘Well, I think we should get Sean Penn.’ I mean, swing for the fences right?”

Penn was on board immediately and recalled that he felt very drawn to the scandal as a child, even though he couldn’t exactly put his finger on why.

“It’s very strange, I don’t remember why this was, but I was on the edge of my seat watching every bit of those hearings as a kid, and I think it was probably the first engagement I had — certainly, I grew up watching the news a lot, but to actually have a subject that I wouldn’t have been discussing so much in school necessarily, it was just riveting.”

“Riveting” will undeniably be a word used by viewers when they tune in for Gaslit, and part of the can’t-look-away storyline focuses on the romance between the couple. It was almost otherworldly, and it’s a large part of what drew Roberts in.

“I felt like they had such an incredible love story. They’re such different people, and they had this appreciation and this embrace of each other’s differences, and they were just really sweet and wonderful. To see that relationship get corrupted and damaged, it gets really dark.”

The highs and lows they face are an essential part of the storytelling process to both Penn and Roberts. Working together on a story of this magnitude was a treat for the pair, who hope it’ll happen again in the future.

You can see Gaslit when it begins streaming on Starz on April 24.