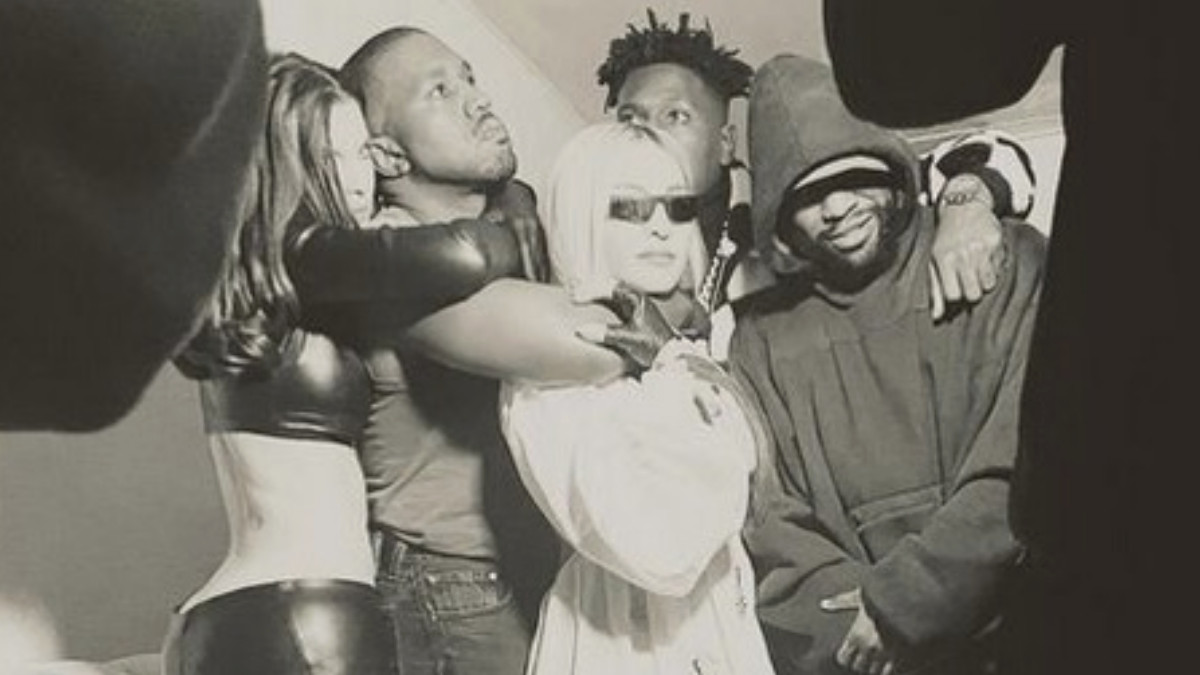 Kayne West and Julia Fox appear to be heating up their new relationship on the West Coast. On Wednesday evening, the pair spent time at Delilah’s in West Hollywood, according to Page Six, joining a random assortment of celebrities including Madonna, Floyd Mayweather, Antonio Brown, Evan Ross, and more.

The evening was documented on social media by a few of those in attendance at the laid-back soiree, such as Ross, who shared a peek behind the gilded curtain on Instagram.

In a black-and-white video, Madonna can be seen vibing to the music while West and Fox lounged to her immediate right. In another snap, Fox — wearing a skintight, midriff-baring black outfit — hugged the rapper from behind while West (who recently had his name legally changed to Ye) draped his arm around the 63-year-old Queen of Pop’s neck.

As the photos and videos began to make their way around the internet, people responded not with envy — but with jokes about the strange ensemble.

“Can you imagine what an awful hang this group would be?” tweeted CBS Sports’ Chris Towers.

“2022 gives us Ye sandwiched between Madonna and Julia Fox, with Antonio Brown also right there,” wrote the Watching the Throne podcast. “2022 already more of a fever dream than 2021.”

“Trying to imagine the things said in a conversation between Kanye, Mayweather, and AB and the possibilities are endless,” wrote Pete Blackburn of Bally Sports, adding: “Also whatever this looks like the least fun thing of all time.”

The Donda Times account on Twitter shared the infamous video of Taylor Swift awkwardly dancing next to Kim Kardashian during Ye’s 2015 Brit Awards performance to roast Madonna in the video.

Meanwhile, West’s estranged wife Kim Kardashian was also seen out in Los Angeles this week, grabbing pizza with her rumored boyfriend Pete Davidson. After, the pair headed to a nearby Rite Aid to pick up some ice cream. But it seems as though Ye might finally be over his ex dating the Saturday Night Live comedian.

“Ye has moved on [from Kim Kardashian] and is focused on a big 2022,” a source close to West told Page Six. He wishes Kim well.”