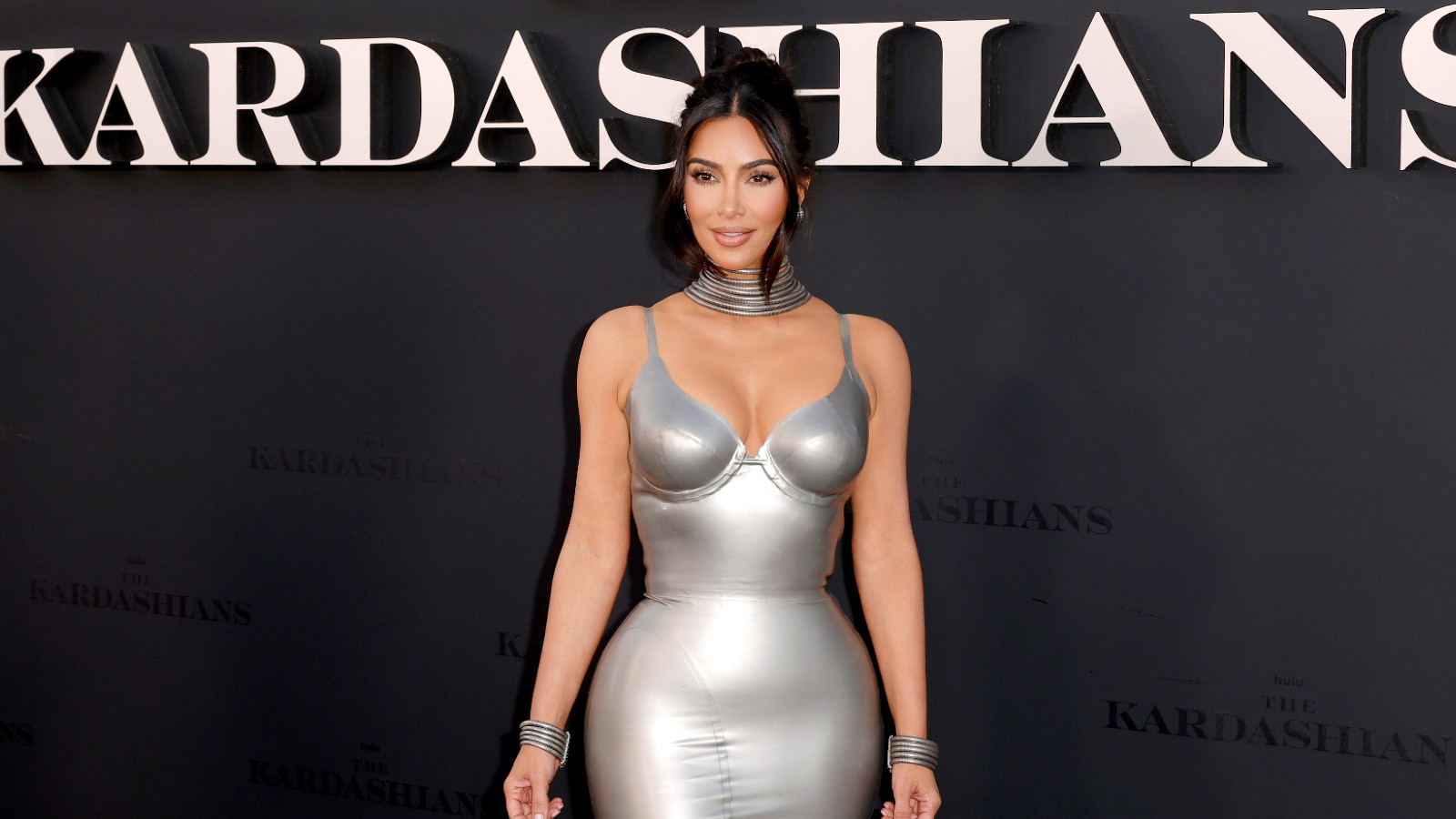 Somehow, against all odds, the romance between Kim Kardashian and Pete Davidson continues to heat up after the couple made their official red carpet debut at the premiere of Hulu’s The Kardashians last week. And the Saturday Night Live comedian seems to be good for the 41-year-old Skims co-founder, as evidenced by a couple of intimate photos she shared on social media on Monday.

“Late nite snack,” Kardashian captioned the photos, which were clearly taken following last week’s premiere, as she was still wearing her custom silver skintight Thierry Mugler latex dress and matching metallic choker and bangles from the occasion. In one of the two side-by-side photos, Davidson can be nuzzling his lady’s cheek while the pair adoringly gazes into one another’s eyes in the second.

But despite how quickly Kardashian and Davidson’s relationship has continued to bloom, viewers shouldn’t hold their breath waiting for the 28-year-old to appear on the family’s newest foray into reality television.

“I have not filmed with him,” Kardashian told Variety last month. “And I’m not opposed to it. It’s just not what he does. But if there was an event happening and he was there, he wouldn’t tell the cameras to get away. I think I might film something really exciting coming, but it wouldn’t be for this season. It wouldn’t reach until next season.”

Given Davidson’s track record with the ladies, one can only hold out hope that their relationship will still be hot and heavy by the next season — if for no other reason than that he’s already committed to their relationship in a pretty permanent way.