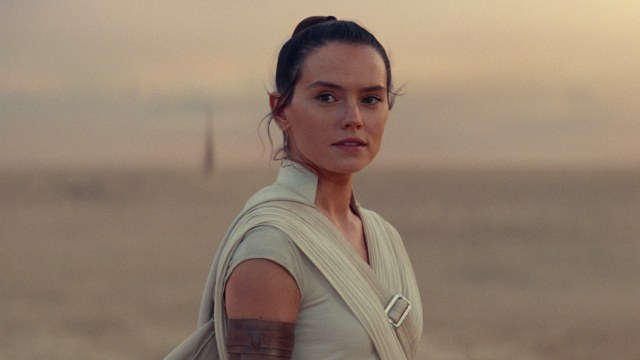 We all knew that one day Disney and Lucasfilm would break the seal on Star Wars stories set after The Rise of Skywalker, but few expected them to be announced so soon. More on what’s coming to the big screen below (together with an interesting insight into what’s going on in Lucasfilm) and in other news we have some interesting details on the Star Wars: Eclipse leak that took place over the weekend.

But let’s get stuck into the biggest Star Wars news in a long time:

Lucasfilm has been very cagey about letting writers explore the period after The Rise of Skywalker, with only an episode of Star Wars Visions and a few scenes in The LEGO Star Wars Holiday Special set in this period (and both are non-canon). Now we know why.

The Hollywood Reporter has announced that Lost and Watchmen showrunner Damon Lindelof is currently working on a script with The Strain‘s Justin Britt-Gibson on a new standalone Star Wars movie directed by Oscar winner Sharmeen Obaid-Chinoy.

The report says that while this is a sequel to The Rise of Skywalker it won’t be a part of the ‘Skywalker Saga’. However, it looks likely that some of the sequel trilogy characters will return. We’re hoping for more of Poe Dameron and Finn, who were sorely neglected in the sequel trilogy. We know that Finn is Force sensitive, so why not see him exploring that with Rey’s help?

This may end up being the next big screen release for the franchise. Patty Jenkins’ Rogue Squadron movie is now without a release date and not close to being ready to shoot, while Kevin Feige and Taika Waititi’s movies are still without scripts. Let’s hope for some firm news soon, but The Hollywood Reporter suggests December 2025 as a possible release date.

A story on Puck News (paywall) by Matt Belloni (formerly of Hollywood Reporter) indicates that not all is well behind the scenes at Lucasfilm. If the new Star Wars movie isn’t here until 2025 it’ll have been six years since The Rise of Skywalker, with the story alleging that Disney CEO Bob Chapek has asked Lucasfilm President Kathleen Kennedy to stop announcing new movies until they’re ready to go into preproduction. Belloni is critical of Kennedy’s management, saying:

“After five films and about $6 billion in box office under Disney, this A+-level film franchise—a property other studios would kill for – had been essentially left half-digested in a Sarlacc pit. “

The story claims that Kennedy acknowledges that mistakes were made with the sequel trilogy’s production, including not fixing a creative team for the entire trilogy and relying too much on fan service. Belloni also draws attention to Michelle Rajwan departing as Senior VP of Live Action Development & Production at Lucasfilm to focus on producing The Acolyte, with further reshuffles/exits of top staff possibly coming.

Kennedy has faced a lot of criticism over her long tenure at Lucasfilm and specifically for failing to get a new Star Wars movie out. However, the healthy Disney Plus slate was also created under her leadership, so it’s not all bad news. Even so, many fans will now be wondering whether it’s finally time for Kennedy to step aside in favor of someone else. Could Dave Filoni be ready for the top job?

That Star Wars: Eclipse leak may not have been all it seemed

Over the weekend we learned the first details of Quantic Dream’s Star Wars: Eclipse. The Detroit: Beyond Human developer is assembling a choice-based narrative game set in a galaxy far, far away, with the leak claiming that the story will follow a married couple named Sarah and Xendo who end up on opposing sides of a political conflict.

The leak claimed the story would center on a new empire known as the Zaraan, a warlike people known for their military aggression. Sarah is a true believer in the Zaraan philosophy while Xendo is more skeptical. Can their relationship survive a galactic conflict?

But a report by Insider Gaming claims that this was a “controlled leak” by Quantic Dream to measure interest in the title and help Quantic Dream recruit new staff. The French studio has recently been hit with allegations of fostering a toxic working environment, so it may be that even with a high-profile Star Wars title in development they’re finding it hard to attract talent. It doesn’t sound like Eclipse will release before 2026, so it’s got some time left to make it the best game it can be.

Tomorrow will be another bumper day for Star Wars with both episode eight of Andor and the entirety of Tales of the Jedi dropping. See you there!