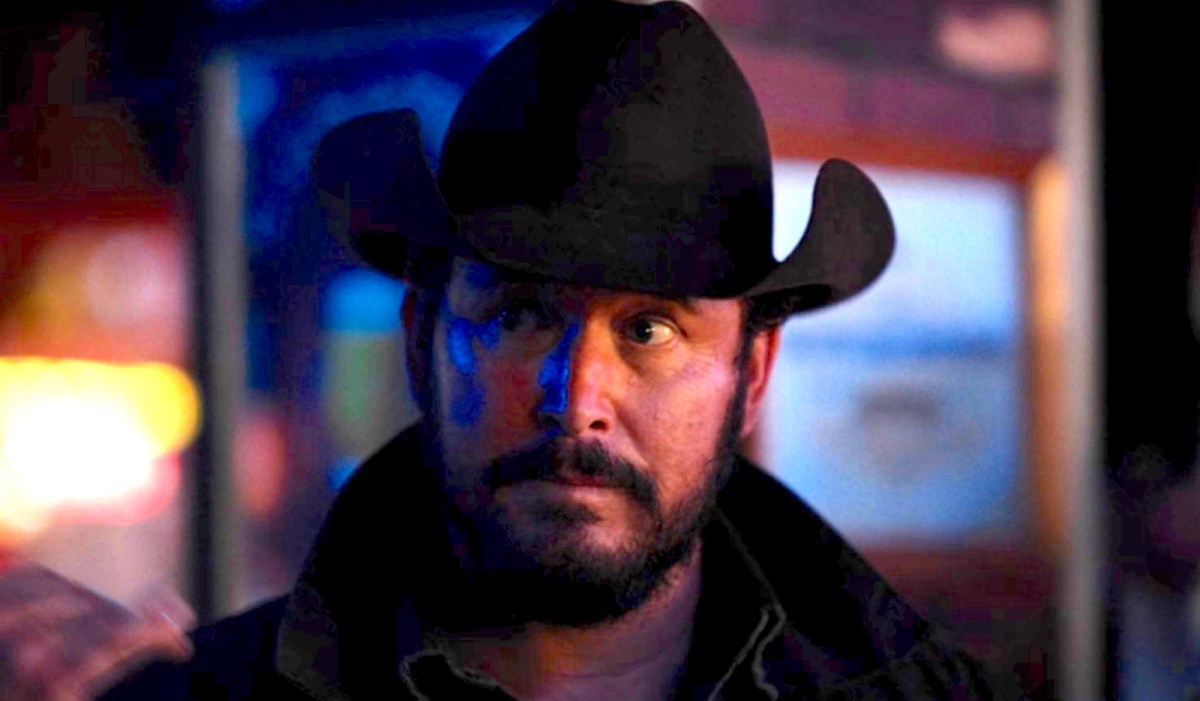 Howdy Yellowstone fans, it’s Sunday, and you know what that means; it’s time to wind down and tune into the newest episode of season five of everyone’s favorite cowboy drama. The series following the Dutton family is a fan favorite for many reasons, one of which is that each twist and turn of the plot leads to more romance, calamity, and excitement. We tune in weekly to find out what’s in store for our favorite ranching family and how far they’ll go to protect or destroy one another, depending on the day.

Speaking of destroying one another, Ashley Platz took center stage in “Tall Drink of Water” as a woman taken aback by Rip Wheeler’s overarching sense of delectability. Everyone knows you don’t mess with Beth Dutton, or they should have known because as Platz’s character Hailey attempts to confront Beth after hitting on her man, our favorite firehouse of a Dutton hits her over the head with a beer bottle.

The new episode tonight will show fans what’s next for that story arc as we also see what’s in store for Carter and Rip as they continue to build a relationship with one another. You know the drill from here: it’s time to grab your Yellowstone-loving bestie and your drink of choice because we’re going to ride in.

In “Tall Drink of Water” fans meet a new character in the Yellowstone realm, Hailey, and she is brought to life by the talented Ashley Platz. The woman who was brave enough to lay a hand on Rip Wheeler, Beth Dutton’s husband, and then waltz over to her as if Beth were the problem; Hailey isn’t scared of a challenge. Of course, her bravery led to Beth laying her out in last week’s episode of Yellowstone, but Hailey isn’t done making a scene just yet.

On Instagram, Platz told fans to prepare for round two of the fight between the two women, and we’re interested to see how this one plays out. On the one hand, nearly everyone in the room saw Beth’s perspective, and most didn’t blame her for her actions; however, she was swiftly arrested, and others thought she was out of line in how she handled the situation.

Rip did try to tell Hailey not to go up to Beth, but with the all-encompassing appeal of Rip dulling her sense of thinking, mixed with the effects of alcohol, it was a recipe for disaster.

Regardless of what you think of Beth as a character, there’s a level of disrespect you simply don’t show someone else, and hitting on their significant other right in front of them is certainly on that level. Here’s hoping this brawl doesn’t end with someone heading to the train station.

Cole Hauser on the changes taking place between Rip and Carter

One of our favorite new additions to Yellowstone has certainly been Finn Little, who breathes life into Carter. When we first met him in the premiere episode of season four, we were greeted by a young man who’d never truly known love. When he joined the Yellowstone Dutton Ranch, he was testing the limits put in place for him and trying to find where he belonged. In season five, he’s been adjusted and found a place to call home.

He’s also changed in stature and confidence, and Cole Hauser says that’s not all that’s evolving this season.

Speaking to Taste of Country, Hauser notes that the relationship between Carter and Rip isn’t going to change overnight, and that’s partially due to how Rip came into the Dutton family himself.

“It’s a slow burn. You know, Rip’s not just gonna open the floodgates and say, ‘Come here, kid.’ It’s always going to be a bit of tough love. But that’s the way he was raised, and he was raised by John that way, and I think that’s consistent to who he is as a person.”

While their relationship isn’t all sunshine and rainbows, there is a sense of pride in Rip being able to teach things to Carter, showing him how to work his way around the ranch and what it means to truly be a cowboy, and how to learn from a hard day’s work.

“I mean, work ethic is a huge one. I think consistency of character. Loyalty, honor, friendship. There’s a ton of things that he has. And also, just being a great horseman, and understanding the land and where you are and where you fit within the ranch and the pecking order. There’s tons of stuff that’s really juicy this year with us.”

With “juicy stuff” on the horizon, fans look forward to what Carter brings to the table this season. We know Rip is strong, impactful, and insightful across the series, but Carter has really stepped up his game too. He’s not only changed in size and looks this season, but he’s also changed in personality, and he’s getting more confident by the day. While the pecking order at the ranch is already set, as Hauser noted, we’re sure that Carter will ensure he gets his respect around the ranch as the season unfolds.

You can find out more as new episodes of Yellowstone air each Sunday evening on Paramount.