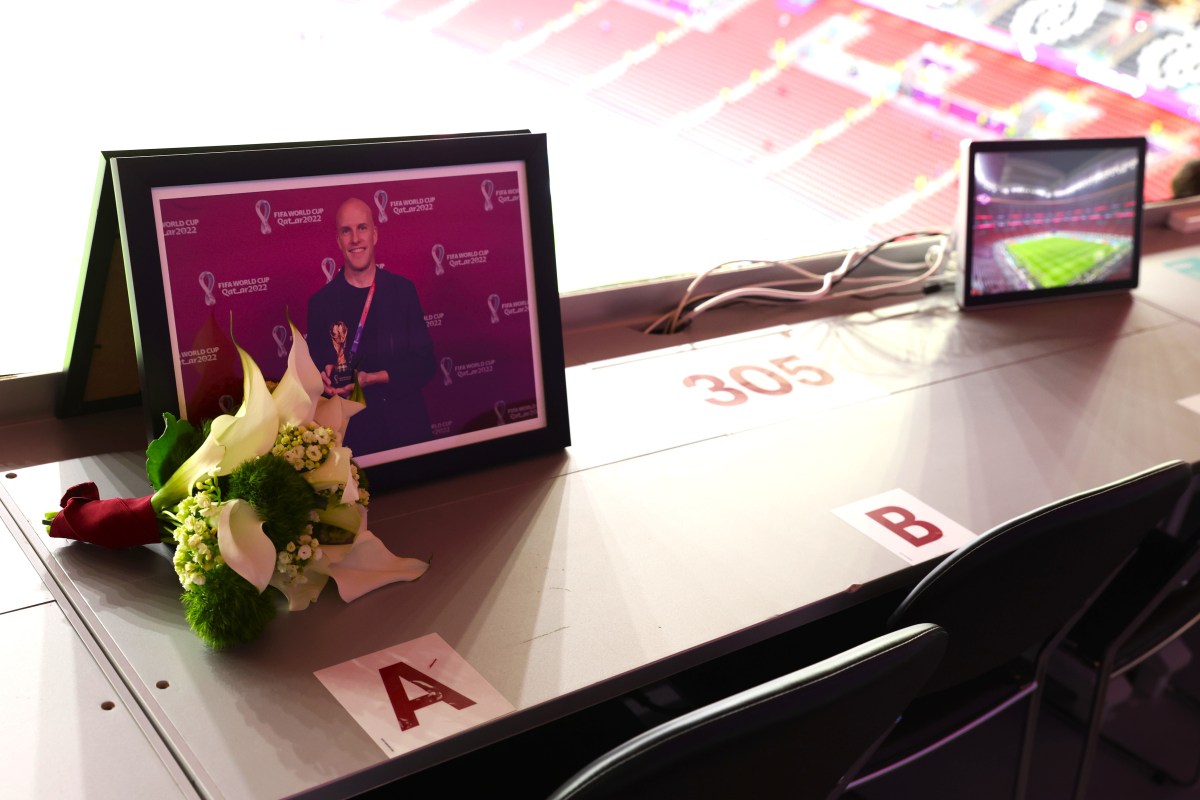 Tragedy struck the World Cup in Qatar when sports journalist and soccer analyst Grant Wahl collapsed during the match between Argentina and the Netherlands.

As World Soccer Magazine columnist Keir Radnedge told CNN, “This was towards the end of extra time in the match. Suddenly, colleagues up to my left started shouting for medical assistance. Obviously, someone had collapsed. Because the chairs are freestanding, people were able to move the chairs, so it’s possible to create a little bit of space around him.” He received medical treatment until they were able to rush him to Hamad General Hospital where he passed away.

Many people have given tribute to the beloved sports writer and analyst, including L.A. Lakers star LeBron James. It was Wahl who gave him the nickname, “The Chosen One,” in a Sports Illustrated cover story in 2002.

On his podcast, Futbol with Grant Wahl, he said he felt ill all week. “It had gotten pretty bad in terms of like the tightness in my chest, tightness, pressure. Feeling pretty hairy, bad…This isn’t my first rodeo. I’ve done eight of these on the men’s side. And so like, I’ve gotten sick to some extent at every tournament, and it’s just about trying to find a way to, like, get your work done.”

As James mentioned in his interview, he had met Wahl when James was still in high school. The journalist was there to do a piece on the basketball player. He always had respect and admiration for the man even though their career paths led James to ascend to basketball stardom, and Wahl took the route to cover soccer while at Sports Illustrated and subsequently at Fox Sports and CBS Sports.

However, James isn’t the only one to pay tribute as more and more voices pour in with their condolences. U.S. Soccer released a statement on their official Twitter.

Wahl joined Sports Illustrated in November 1996 straight out of college, and he was there until April 2020. In that timeframe, Wahl published two books on the sport he loved most, The Beckham Experiment (2009) and Masters of Modern Soccer (2018). Sports Illustrated released a statement.

He leaves behind his wife, Celine Grounder, who is a doctor and medical journalist. She works in the fields of medicine, infectious disease, and epidemiology as well as being a senior fellow and editor-at-large for Public Health and CBS News among many other sources. Of course, she was in shock when she heard of her husband’s passing.

Wahl started writing for Fox Sports in October 2012, establishing a pattern of wide range of coverage and overlapping positions with some of the most prominent sports resources. They released a tribute to the late journalist.

The U.S. Ambassador to Qatar, Timmy T. Davis, also gave a tribute. While fans are calling for an investigation because the death came so suddenly, most are focused on giving tribute and honoring his life.

It’s a sad day when anyone as loved and respected as Wahl passes away. He’ll remain in the hearts and souls of the people he touched, and their memories of him will live on.