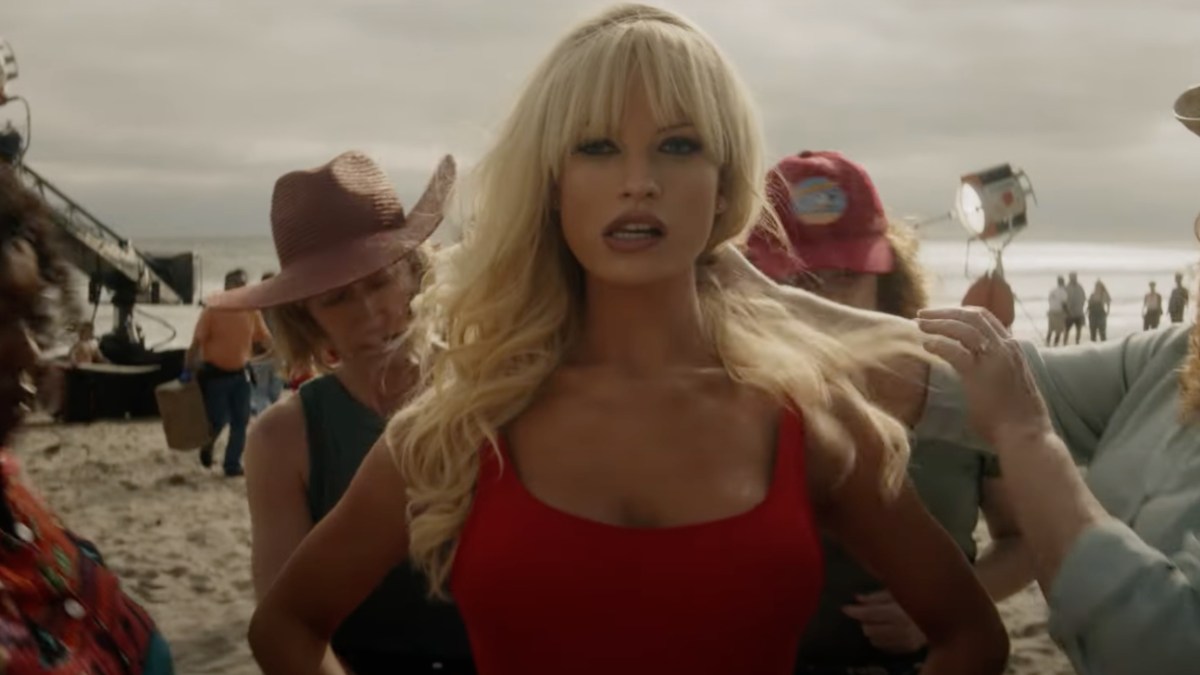 After Hulu dropped the official debut trailer for Pam & Tommy, the drama miniseries revolving around Pamela Anderson and Tommy Lee, Lily James talks to Eva Wiseman from Porter about the upcoming biographical series. Pam & Tommy follows the chaos that ensues after Lee and Anderson’s sex tape is stolen and leaked to the public — one of the most well-known scandals of the 20th Century.

Lily James is best known for portraying Cinderella in the 2015 film adaptation of the classic fairytale and embodying a young and reckless Donna Sheridan in Mamma Mia! Here We Go Again. Aside from film, she has played Lady Rose in the British drama Downton Abbey — from 2012 to 2015 — wherein she appeared in 21 episodes overall.

On Febr. 2, James will flashback to 1995 as Pamela Anderson, the Canadian-American actress and infamous model for Playboy magazine. She will co-lead alongside Sebastian Stan as Tommy Lee in the eight-part special about Anderson’s life as an established sex symbol in the ’80s and beyond.

When discussing Pam & Tommy, Lily James expressed her deepest condolences that Pamela Anderson couldn’t be involved in the production. There are many biographical flicks that exist where the central star is involved in one way or another. For example, Rocketman (2019) — starring Taron Edgerton as Elton John — and I,Tonya (2017)— starring Margot Robbie as Tonya Harding. However, the subject’s influence can also call the integrity of the story into question.

These cultural moments and careers are retold for generations to come, and she seems to agree that these retellings are essential and that portraying Pamela Anderson was very important to her, and she wished that Anderson had been personally involved in Pam & Tommy.

I was really hopeful that she would be involved. I wish it had been different. My sole intention was to take care of the story and to play Pamela authentically. And I was very hopeful that we would be in touch right up until we started filming.

When mentioning the content material for Pam & Tommy, James touched on the intensity of the scandal and how much it impacted Anderson in the aftermath, especially in regards to how realistically it shed light on the mistreatment of women in everyday life.

The shaming was so extreme. Unfortunately, that’s still the case, don’t you think? Women are held to much higher standards and attacked in ways that feel so vicious. Pamela had such wit and grace in the way that she held herself. I admire that strength. Does she feel she learned anything about how to be a famous woman today? I suppose that there’s a way of deflecting attention for more worthy purposes?