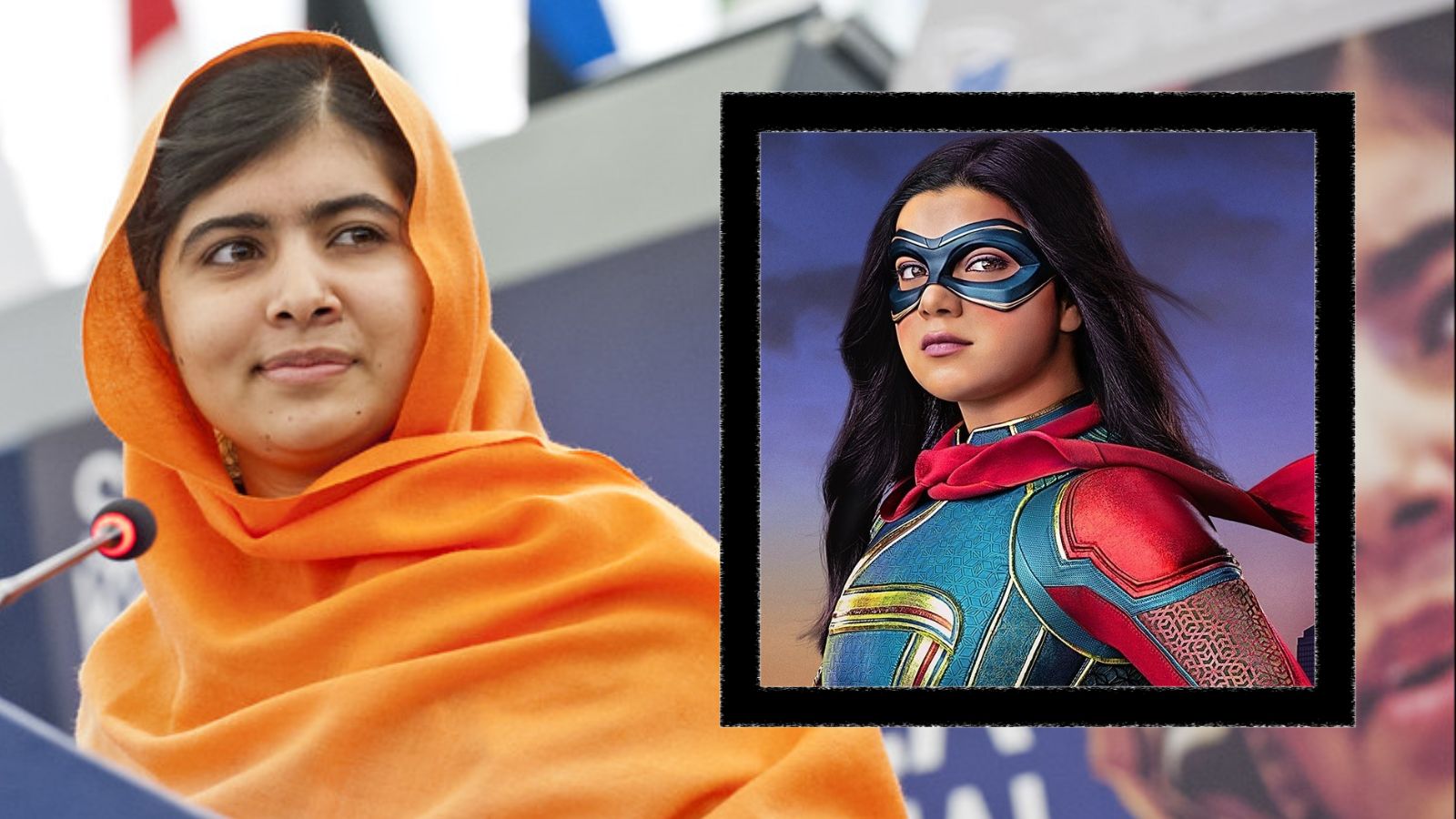 Characters like Kamala Khan, the first Muslim superhero, have allowed Marvel to bring to the screen super-powered individuals that lead all types of different lives, breathing life into stories that rarely get told. For Malala, who has dedicated her life to fighting for the rights of young women, particularly within her home country of Pakistan, it’s “a joy to see Ms. Marvel reflect the lives of a Pakistani immigrant family and reveal a young superhero whose powers connect to her heritage.”

“It is not every day that I turn on the TV and find a character who eats the same foods, listens to the same music or uses the same Urdu phrases as me,” The Nobel Peace Prize winner said in a statement shared by Marvel Studios on social media.

The touching handwritten note wraps up with Malala thanking Disney Plus, Marvel and especially Ms. Marvel for the walls they are knocking down with the show.

Malala continued her praise for Ms. Marvel on her personal online newsletter Podium, where she chatted with Sana Amanat, co-creater of Kamala’s character for the comics and one of the writers for the Disney Plus live-action adaptation.

Ms. Marvel is Malala’s “new favorite TV show.” “I love cheering for a girl who looks like me as she fights villains and rescues friends,” the 24-year-old activist reiterated. But Malala believes “Ms. Marvel is for every young person finding their place in the world.”

The first episode of Ms. Marvel is available to stream now on Disney Plus.