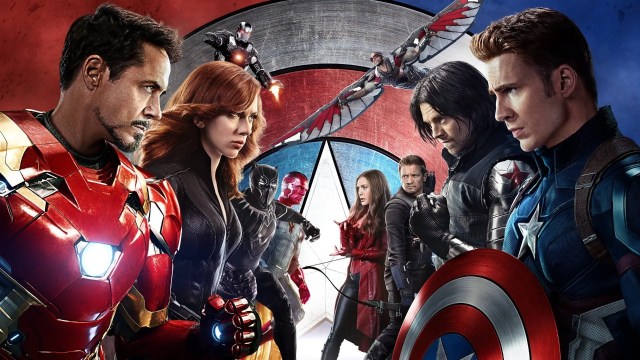 The third installment in the Captain America feature-film franchise, Captain America: Civil War released in theatres on May 6, 2016, succeeding Captain America: The First Avenger (2011) and Captain America: The Winter Soldier (2014). In the MCU‘s 13th film overall, a disagreement over the international status of the Avengers causes a rift between the superhero team, dividing them into Team Iron Man — led by Tony Stark (Robert Downey Jr.) — and Team Captain America — led by Steve Rogers (Chris Evans). Marvel’s marketing team, to promote Civil War, would religiously release video campaigns on social media that showcase participants in “Team Cap” and “Team Iron Man” — encouraging fans to choose a side.

Although the reasoning behind the feud wasn’t made explicitly clear until the film’s release, Marvel fans were forming their allegiance based on personal preference surrounding the team’s members. In Civil War, it was revealed that the Sokovia Accords, a set of legal documents designed to restrict and prohibit acts of heroism from enhanced individuals, sparked the ferocious discourse; Steve Rogers spearheaded a faction of Avengers against regulation (rejecting the Sokovia Accords), while Tony Stark led a faction of Avengers in favor of regulation (supporting the Sokovia Accords). Now, six years later, Marvel fans have reopened the Sokovia Accord debate over on Reddit, making a definitive decision on whether or not they would sign.

Many like-minded individuals shared the intelligent answer of asking to read the Accords beforehand. While the Avengers bickered over the nature of the Accords, which frowned upon the unsanctioned actions of super-powered persons, none of them actually read — or so much as skimmed — the entire document from start to finish. How exactly did they know what they were agreeing to? We’re looking at you, Tony Stark. Thinking more practically, Marvel fans made it apparent that the Accord’s contents would dictate whether or not they signed.

That being said, the real discussion surrounding the Accords garnered some thought-provoking responses. Many fans, rather than just blindly saying “yes” or “no,” gave concrete explanations to support their argument — some of which are extremely convincing. Overall, the general response seems to be a negative, as many Marvel enthusiasts disagree with the nature of the Accords and refuse to be sanctioned by the government, especially as the Accords were formed on the tail end on accidental casualties — the tally of which could have been much higher had it not been for Avengers intervention. There’s also the argument that turning superheroes into government weapons hasn’t always worked out in the past; if The Boys is any indication, putting restrictions on superhero activity won’t stop it from happening.

On the other hand, there are some responses that chime in to support the Sokovia Accords, claiming that one’s own morality shouldn’t be stubborn enough to decide the fate of innocents, not when hundreds of world leaders are all campaigning for the Accords to take effect. Surely, the combined opinions of many far outweighs the opinion of one singular person. Sometimes, we need to accept that something is bigger than us. Likewise, the general public all sided with the Accords, which were originally conceived by Wakandans, so any superhero that defies the Accords would risk harming his/her reputation with the very masses they strive to protect.

It’s definitely food for thought, whether you agree or not. We’ve seen the way that Civil War has shaped the rest of the MCU, so in the grand scheme of things, did the Sokovia Accords even matter? The Avengers continued to fight the forces of evil long after the Sokovia Accords debacle, so Team Cap won, right?