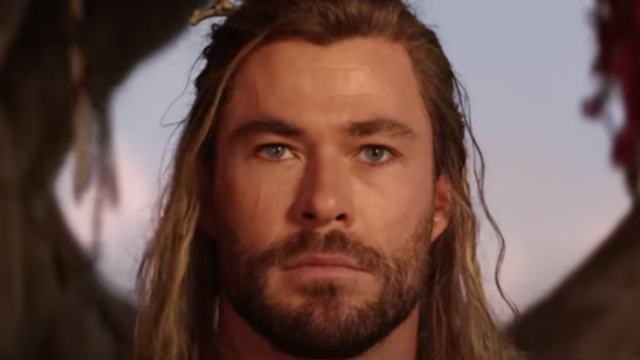 With Thor: Love and Thunder releasing today, those of us that won’t be attending opening night are preparing for the age-old practice of channeling our inner Vince Vaughns and dodging, ducking, dipping, diving, and dodging spoilers should we even dare to touch the internet before seeing the film.

As any Marvel fan can tell you, it’s an exhausting task that needn’t be, if only some of their more zealous counterparts could reserve film discussions for their local circles who have also seen the movie. Vessels for spoilers rarely come with any malice behind them, but malice or not, the later viewers need to be thought of too.

And one Marvel producer is once again reminding us of the stance that Marvel Studios itself is very firm on. In an interview with The Hollywood Reporter, Love and Thunder executive producer Brian Chapek challenged the more over-enthused moviegoers to wait at least one month before bringing their discussions to the internet.

[Wait] at least three weeks, maybe a month. You want to give people a chance to see it, and nothing beats seeing those big reveals in the theaters. You want to protect that.

This was echoed by the film’s co-writer, Jennifer Kaytin Robinson, who reminded fans that those big theatrical reveals should be for everyone, and not just those of us lucky enough to grab a seat on opening night.

It’s amazing to be online to share, talk about and experience something together. But be present. Watch the movie, digest the movie and talk about it in person with your friends.