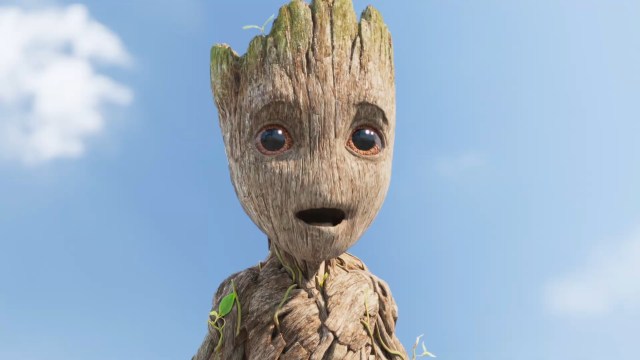 Disney Plus can be a haven for parents. It’s full of family friendly fare that can keep a young one entertained for hours. What a blessing. However, there’s one show that’s irking parents because of its lack of autoplay: I am Groot.

Over on the subreddit r/Marvelstudios, parents are upset about the fact that the show does not have an autoplay function. I am Groot is a series of five animated shorts based on Baby Groot and his adventures between the first two Guardians of the Galaxy movie.

They are only about five or six minutes in length, but people have to manually find the next episode when it plays. This is a no no for parents who want to just sit and let it ride and not have to worry about the TV.

“The fact that I am Groot is not bundled as a single TV show that autoplays is a nightmare for parents of small children,” said OP e9tjqh.

The highest rated comment agreed. “I stopped watching after the first one because of this,” said Cabamacadaf. User Scops said they tried to autoplay the episodes but it didn’t work.

“I just let them autoplay, but my Chromecast started replaying old ones instead of going onto the ones I hadn’t seen yet. I had to look up how many there were and the names to determine which I hadn’t seen. Definitely a usability fail.”

Other think this feature cheapens the show, like user howdudo. “I never started because of this. I thought it was a cheap B-Side show or something.”

The vitriol kicks up from there. User NeedsMaintenance_ said “Hi not a parent and it annoys the hell out of me, I’m dad!” User mikefaley said “No, you’re wrong. It’s not annoying. It’s a NIGHTMARE.”

A lot of people feel like this, including user Zendub, who said they understand TV shouldn’t be a babysitter but sometimes it’s all you have.

“When you have a three year old and you’re trying to make dinner or something, it would be nice if they all just lead into each other somewhat seamlessly instead of having almost four minutes of silent black screens in between where the kid loses focus and wanders off. TV is not the most ideal babysitter but sometimes it’s all you have.”

On the other side of the coin, user Daddysu said parents that can’t figure it out need to reevaluate parenting.

“I mean, yea it’s dumb, but if not being able to put on content to keep your kid  entertained that doesn’t require you to do something for hours plus is a “nightmare” then there is probably some introspection needed on your part in regards to what it means to be a parent.”

Others say Disney does this for a reason, like user BuffNipz.

“Nah it’s smart, they know it makes their sub par streaming service look more full. There’s so much random fluff if you scroll through. Countless making of/behind the scenes, tiny quick animations that are advertised to look like real movies, things that should be grouped together being listed separately.”

And it’s not like it’s impossible, pointed out user KarmicSynergy.

“Olaf Presents( frozen shorts) had a 6th “Episode” which is a compilation of all its episodes. It’s not like they can’t do it.”

Maybe they will one day. In the meantime, you can watch I am Groot one episode at a time on Disney Plus.