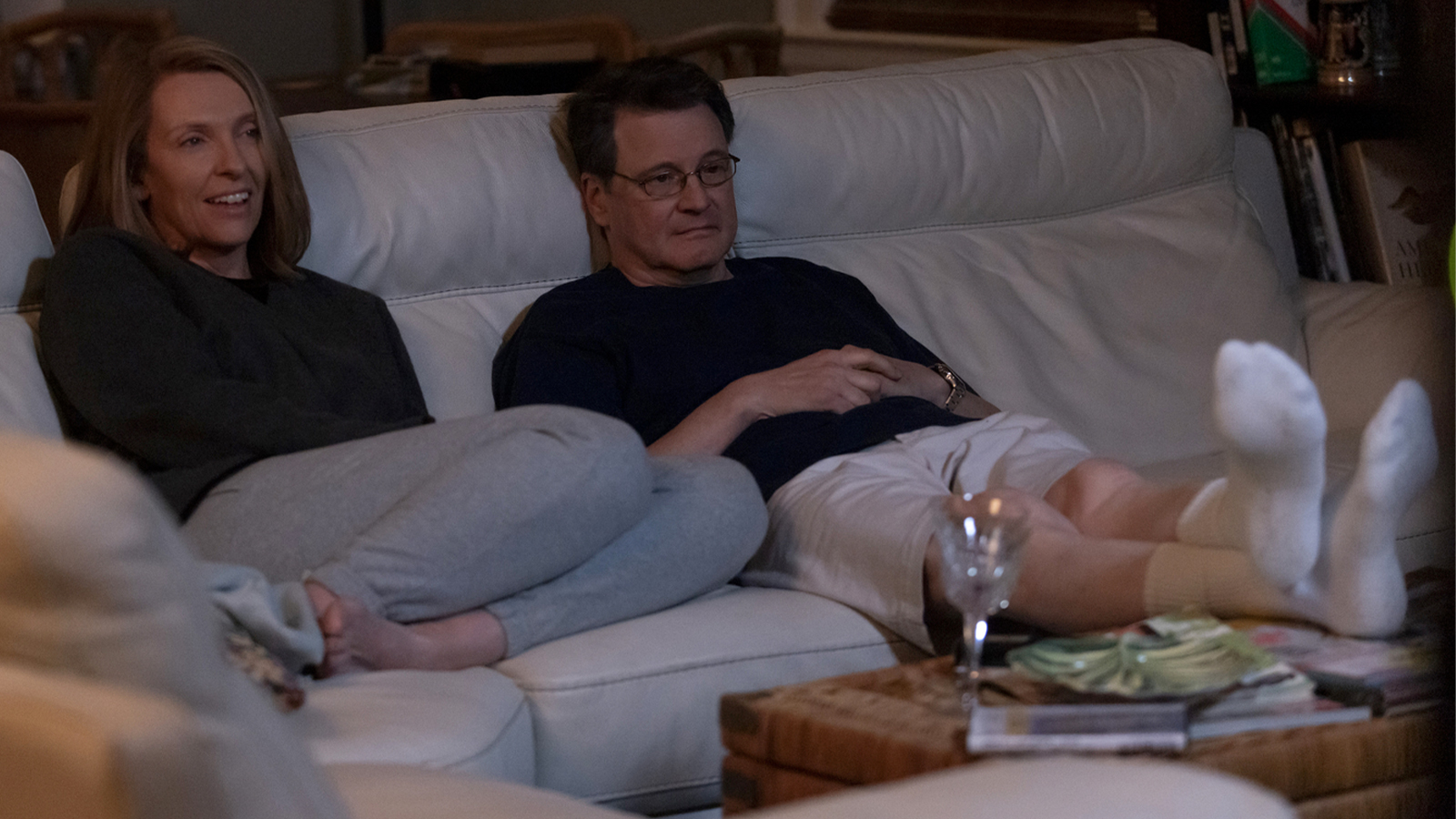 The HBO true-crime series The Staircase has garnered a lot of fans, partly for its sense of realism due to its creative team’s decision to stick to the facts as outlined in the original French docuseries on which it’s based. And apparently the series’ subject is not a fan of the show or its star’s portrayal of him.

The series stars Kingsman actor Colin Firth as Michael Peterson, a novelist whose wife Kathleen apparently died after a trip down the titular pedestrian conveyance. Peterson was convicted of her murder and sentenced to life in prison in 2003. A verdict which was overturned in 2017, then reduced to manslaughter via an Alford plea, with Peterson immediately released for time served.

Despite a general tone so evenhanded that the actresses who play Peterson’s daughters don’t know if he’s guilty or not, in an interview with Variety today Michael Peterson explained that, despite never having seen The Staircase, its portrayal of his bisexuality was “salacious” and gratuitous. He also said that the fascination of the general public at large with his sexuality was a contributing factor to the jury finding him guilty:

“I spoke of my bisexuality to Jean [de Lestrade, director of The Staircase documentary series] and I believe he represented it as I spoke about it, so I would say that Jean was fair. I’ve heard from many people including my attorney that the sex scenes in the HBO series are both wrong and salacious, including a male-male encounter when I went to Blockbuster’s to rent the movie Kathleen and I watched the night she died. That’s totally false, and the rest of the gratuitous sex in the series is, from what I’ve also heard, homophobic, as my trial certainly was — and definitely a contributing factor in my conviction.”

He went on to explain that the series’ use of his sexuality as a possible motive for the murder of his wife is homophobic:

“That completely fabricated episode with me killing Kathleen is grossly homophobic when she finds pornography on my computer late at night, though the prosecution expert testified that the computer was not accessed after 4 p.m. Creating a false and fictional sexual reason for me to kill her is disgustingly homophobic as well as wrong, as proven in court. How could Campos create a scene that was completely disproved in trial testimony? That shows his total disregard for truth, and his denigration of my bisexuality. He invented a reason for killing Kathleen based on my bisexuality. That also maligns Kathleen, who was a kind and understanding person.”

The Staircase is available for streaming on HBO Max.