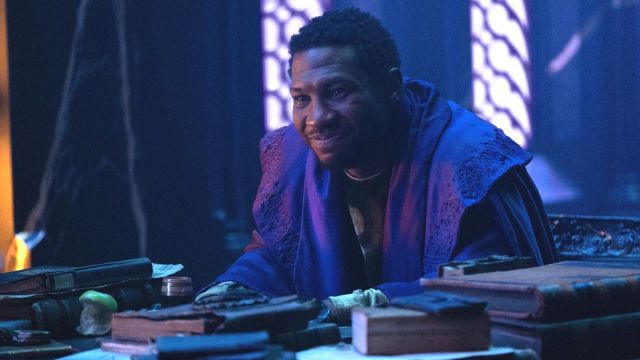 The multiversal conundrum presented within Loki and the shenanigans of Multiverse of Madness have encapsulated Marvel fans for over a year now, with some fans confident they’ve worked out the truth to some of the Sacred Timeline.

The Time Variance Authority’s mission to protect the Sacred Timeline has had many wondering its true purpose, with theories flowing out since its pilot episode on what the overall, long-term goal is. Loki’s final two episodes saw some truth emerge in the form of He Who Remains, who is a variant of Kang the Conqueror determined to prevent his more sinister versions.

However it may not be all it seems, with one fan convinced He Who Remains is actually the reason for the Sacred Timeline — to keep him in a time loop unable to do anything beyond observe the worlds around him and act as a cautionary tale. More astonishingly, his residence is somewhere very familiar.

The fan theory believes the End of Time manor is actually a variant of Doctor Strange’s Sanctum Sanctorum to look over all of time, with these spelling out exactly what is happening.

There’s no doubt the End of Time holds some similarities to the upper floor of the Sanctum Sanctorum, especially the one seen in Doctor Strange in the Multiverse of Madness which is inhabited by “sinister” Strange. Perhaps the End of Time is just a multiverse in which Strange, one of the few heroes to understand the multiverse, gets slain by Kang who then uses his residence as his own?

Undoubtedly a big stretch as of now, with very little really known of Kang’s masterplan other than what we’ve known from comic books. Typically Kang conquers the multiverse and occasionally melds them all into the one universe known as Chronopolis. Audiences will get their first glimpses into Kang when he properly debuts in Ant-Man and the Wasp: Quantumania.