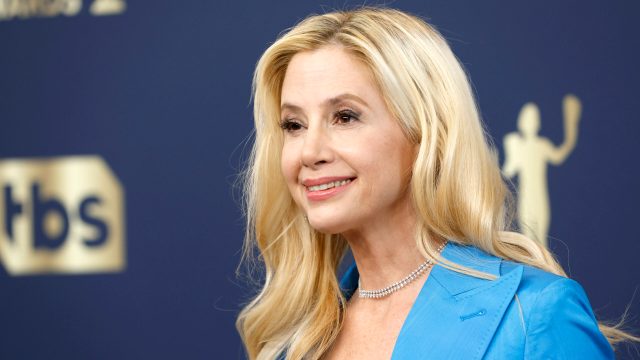 Mira Sorvino joined the cast of CBS Mornings to talk about the film, Most Guys Are Losers and gave us all a glimmer of hope that we might soon return to the world of pink and blue suits, fancy rental cars, and post-it notes.

Sorvino was asked about a sequel to Romy and Michele, as this is the 25th anniversary of the hilarious high-school reunion movie, and she had a 1,000-wat smile when she began trying to find a way to answer the question without giving too much away.

“I can’t say anything but we’re closer now than we’ve ever been to that being a reality. The wheels are starting to move and — I am so excited.”

Romy and Michele’s High School Reunion was a perfect 90s movie, an instant classic, and an ode to being comfortable with yourself vs. trying to impress those around you. We all related to the titular characters’ nervousness in reuniting with people they spent their most awkward and formidable years with.

Sorvino was also asked about the prospect of a sequel on TODAY with Hoda and Jenna, where she had a similar answer to the question.

“There’s nothing official to report but I can unofficially hint that we’re closer than we’ve ever been to getting something to happen.”

It is a nod to the film’s staying power that, after nearly three decades, it’s still a hot topic of conversation where Sorvino and Lisa Kudrow are concerned. If it’s been a while since you’ve seen Romy and Michele, you can watch the movie now on Prime Video now.