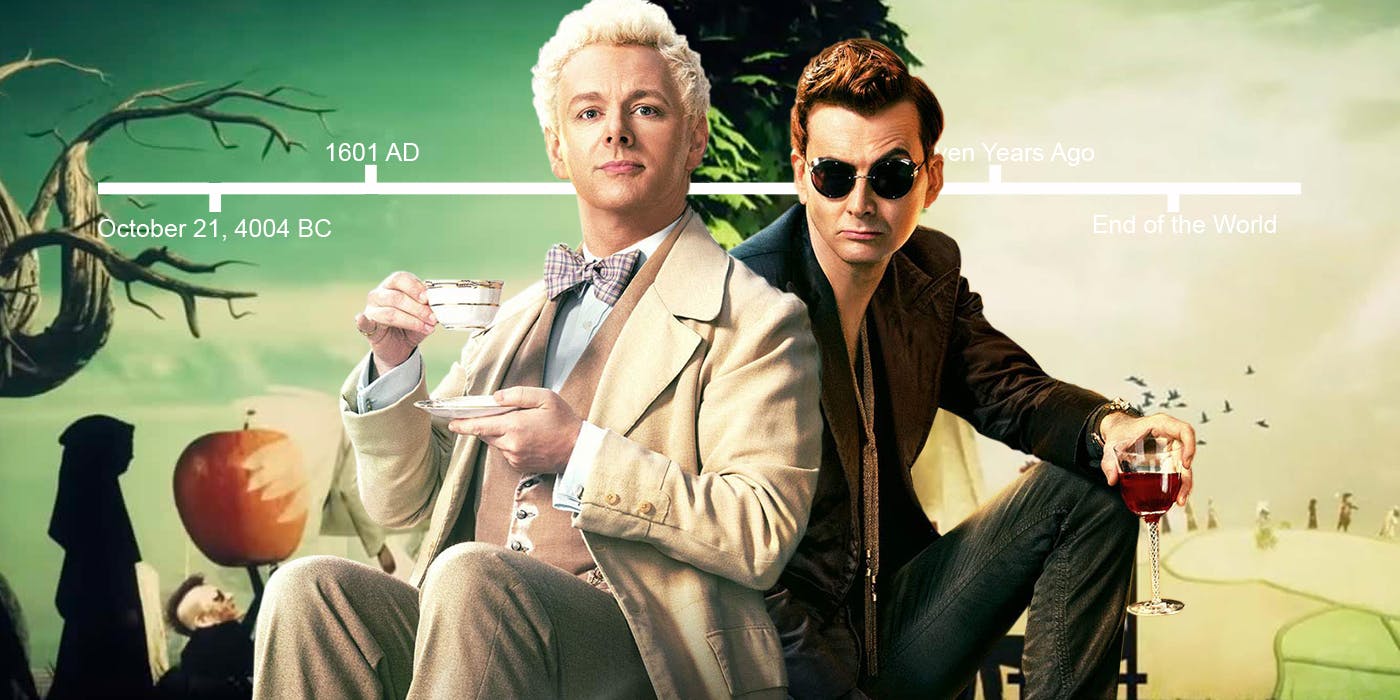 Good Omens season two isn’t even out yet, but co-creator Neil Gaiman suggests that a season three could be coming in the future.

On Twitter, the legendary writer answered a fan’s question about the potential for another season of the fantasy series, and Gaiman didn’t shoot it down. He said there’s “All the potential in the world,” and that has to be good news for fans who have fallen in love with the comical yet heartfelt show.

Director and co-showrunner Douglas Mackinnon announced earlier that season two wrapped in early March and posted a photo of an exit sign with the title’s logo. With the success of the first season, it’s likely that Amazon Studios has enough faith that season two could carry forward into season three.

Good Omens was created by Gaiman and the late Sir Terry Pratchett, the series is based on their book Good Omens: The Nice and Accurate Prophecies of Agnes Nutter, Witch from 1990. The show stars Michael Sheen as Aziraphale, the soft-spoken angel always trying to do what’s right, and David Tennant as Crowley, the troublemaking demon.

In the story, Armageddon is on the horizon, and the pair attempt to control the fate of the boy who’s expected to be the antichrist who brings that apocalypse about. There are lots of laughs, it also broaches religious and philosophical subjects that make the story an entertaining adventure for audiences.

The main point of interest of the show is in the interactions between Aziraphale and Crowley because of the actors’ chemistry. The two are unlikely friends and seemingly polar opposites, but throughout the series, they discover parts of themselves they never knew existed.

Season two will have Aziraphale and Crowley back together in London’s Soho after the events of season one where they receive a new mystery. The full cast for the upcoming season has been revealed.