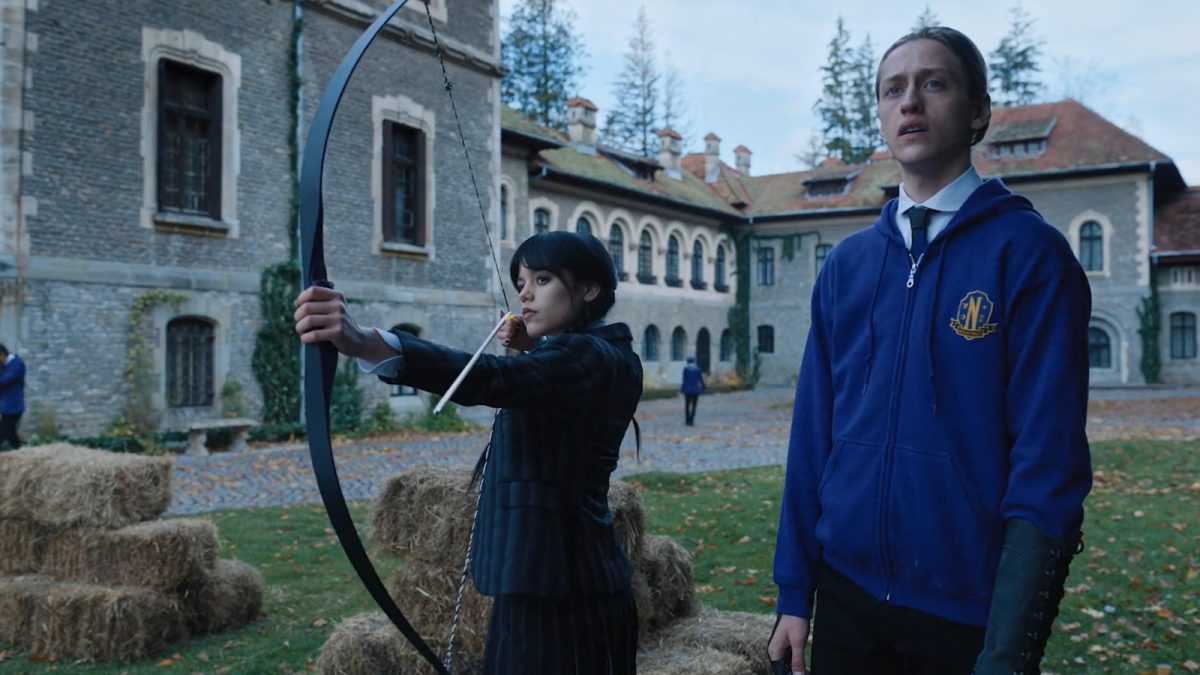 After being teased with a Wednesday blooper reel a few days ago, fans went ballistic over Jenna Ortega breaking character. She did such a great job playing the emotionless young Addams that it’s like she created a mold, and her bloopers are the shattered pieces left on the floor. Netflix soon dropped the entire blooper reel because Wednesday couldn’t possibly have been the only one who wasn’t able to do every scene perfectly without any mistakes.

In movie history lore, bloopers are attributed to Being There (1979) and Smokey and the Bandit II (1980) for being the first movies not afraid to show all the behind-the-scenes shenanigans that take place while filming. It’s particularly hard for these celebrities to hold a straight face, and that’s the added bonus that blooper reels offer the fans. Of course, Wednesday is something of a different nature. A character who isn’t supposed to smile or have any emotions is a train wreck waiting to happen as soon as she does something that isn’t in the script.

Another awesome treat was watching Gwendoline Christie break character as well. Wednesday wasn’t the only one who was serious all the time. Principal Larissa Weems always had a stern face when she wasn’t shapeshifting, and her laugh was needed just as much as any others.

To show their appreciation, one fan put together a meme for it in the worst possible photoshop ever. A scene from The Office with Mike holding hands with Jim and Pam superimposed with Wednesday and Thing’s images. It’s the gesture that counts.

Throughout the blooper reel, fans got to see the real Ortega, and they loved it. Then, there’s this tweet that shows her sense of humor while a plane is annoyingly flying over the scene, and it appears to do it several times throughout the movie. They must have been shooting right by an airport.

The blooper reel is just like Wednesday’s dance. As this fan points out, they’re both out of character. Of course, Wednesday has always had a dance. It has changed over the years and each version of her has to be reinvented for new generations to appreciate.

Not to stray too far off-topic, but this particular theme keeps coming up throughout the thread. It’s as if some fans think they’re actually talking to Netflix. The social media guy who runs the Twitter account has just as much say as the assistant answering phone calls. Although, a Warrior Nun blooper reel would be gold.

Will blooper reels ever get old? If Netflix saturated Twitter with bloopers of every show they’ve made, would the fans eventually turn off the notifications because of overkill? What Netflix should do is try it and find out because blooper reels are gold and they are what the fans didn’t know they needed.