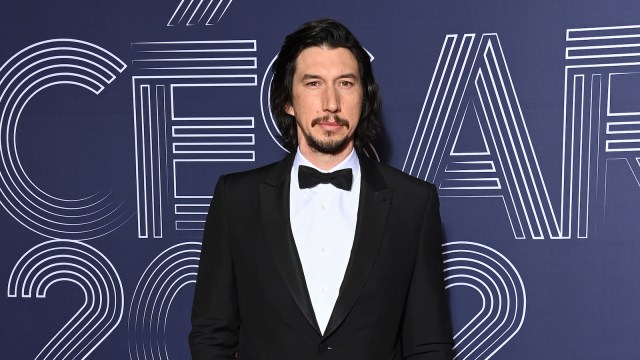 If Marvel could make money on the rumors that come out of its studios it could probably double its income. The latest rumor circulating the internet concerns one Adam Driver, who has reportedly met with the superhero studio for a role in the upcoming Fantastic Four films. Fans have immediately jumped on the idea that Driver is up for playing an iconic Marvel villain but opinions as to this possible casting are a little divided.

Adam Driver has quickly become one of the most desired actors of our generation. His work on rom-coms like What If, to dramas like Marriage Story and House of Gucci, to huge franchises like Star Wars is always superb. He even brings his A-game to smaller projects like his times hosting SNL which have left the regular cast in tears as he brings his depth and gravitas to the most ridiculous of sketches.

With the rumor mill now churning fans are quick to cast Driver in the role of Fantastic Four’s greatest adversary, Doctor Doom.

Doctor Doom is one of the greatest villains in Marvel, up there with characters like Thanos and Magneto for his complexity, cunning, and ability to pull off his nefarious plans. Whoever does take on the role will likely be sticking around in the MCU for some time. In Driver’s case, it probably doesn’t hurt that he is known for his ability to be menacing from behind a mask, with many drawing comparisons between the role of Doom and his role as Kylo Ren in the latest Star Wars trilogy.

But people are forgetting the age-old adage of don’t count your chickens before they hatch. At this stage, this is simply just a rumor from an unknown source, and there have been plenty of rumors circulating about Driver joining the MCU in the past. As it stands we have no idea what will happen in the Fantastic Four, we don’t even know who will be playing the titular characters let alone their enemy, who may or may not be Doctor Doom.

Fans have been fairly split about this news with many jubilant at the idea of seeing him join the MCU.

Some are already creating and sharing artwork of what he may look like as the infamous villain.

Many feel Driver’s brand of acting would elevate the character to greater heights.

Many are giving the casting of the actor in this role the thumbs up.

Let’s hold our horses a minute though, we are all just assuming it’s Doctor Doom — there are plenty of other characters that need casting.

There are some, though that, despite loving Driver, are not keen on seeing him in this role.

One of the big sticking points for many is that the ethnicity and background of the actor are important for the character. Doctor Doom in Romani, a racial/ethnic identity within Europe that has been historically marginalized and persecuted, with the character having faced that within his own backstory. Fans want a more accurate representation of this with the actor they cast in the role.

There are other villains out there that he could play, if he is even cast as a villain… or in the film at all.

With this rumor being just a rumor for now, and with everyone hopping on with their own suggestions and ideas it is impossible to tell what is real and what is not. The best way to wade through the white noise (pun as to Driver’s most recent film absolutely intended) that is Twitter is to simply wait for Marvel to confirm it for themselves, boring as that may sound.