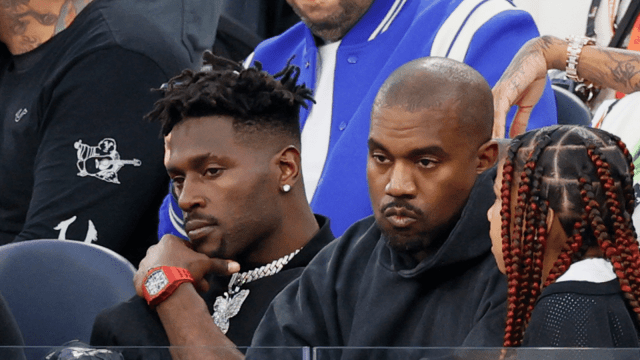 Kanye West’s actions of late have resulted in organizations from all facets of the rapper’s business life cutting ties with him – notably Adidas, as well as his music label Def Jam.

Athletes sponsored by his Donda Sports brand are also dropping off – but one continues to steadfastly support Ye despite all the controversy, that being NFL star Antonio Brown.

The athlete who is also the president of Donda Sports declared he would remain in his position and continue to support West through whatever else the rapper decides to mouth off about, only for it to be taken out of context by the media, in his view.

One of his NFL peers, LA Rams’ Aaron Donald, would disagree – as would Boston Celtics’ Jaylen Brown, who have both ditched Ye’s brand as West begins to weave a blatant pattern of consistent hate speech. Although the latter took roughly a day’s worth of persuading.

Brown’s PR statement seems to paint West as a victim, insinuating that the organizations that are distancing themselves from the rapper are prioritizing the groups West has targeted over presumably the Black community.

He says ‘discrimination of any kind is an injustice to all people,’ but perhaps Brown fails to realise that the sentiment goes both ways – and West has been blatantly discriminating against various groups and empowering hate speech.

Shortly prior to his antisemitic tirades all over social media, West came under fire for wearing a ‘White Lives Matter’ shirt at Paris Fashion Week, which he considered funny. To avoid supposedly twisting his words, the humor Ye found was in the fact that he was pointing out the obvious, as he told Tucker Carlson.