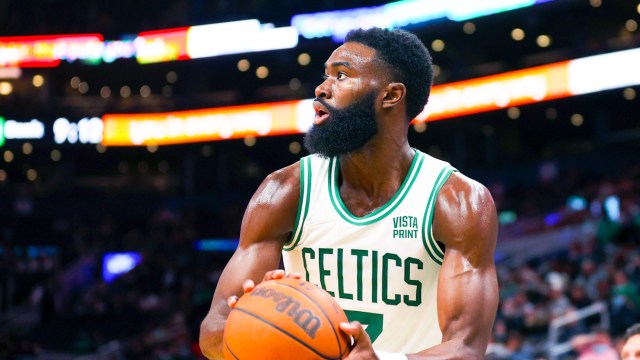 Rapper, businessman and all-around sentient personification of ego Kanye West recently got into trouble once again for controversial behavior. This time though, he spoke ill of Jews, and, while disconnects have followed, one athlete still backs him.

A recent Bleacher Report article reveals Boston Celtics star Jaylen Brown will not be exiting West’s Donda Sports marketing agency. Brown says he does not condone any harm, does not agree with everything West says and a lot of people he likes work there. Brown says West also needs help, though, fans on Reddit are a little bit more skeptical of his behavior in the moment now.

Another says Brown likely has abhorrent views behind the scenes and this decision to not waver is but a tip of the iceberg. Someone else is more certain, says his Twitter is madness and goes on to say the player is dumb enough for fans to not doubt it.

Later in the thread, a commenter brings up Brown’s history of activism and points out one of the shirts he has worn in photos to protest police actions does not make sense now. Essentially, he is not living up to what he has preached in past times right here.

What will happen next with West and Brown does remain to be seen. Adidas terminated its partnership with the 45-year-old. He has also lost his agent, and, as a result of the Adidas deal going away, his net worth has reportedly dropped from billions to millions. It was estimated by Forbes to account for around $1.5 billion of the entertainer’s previous net worth totals as well.