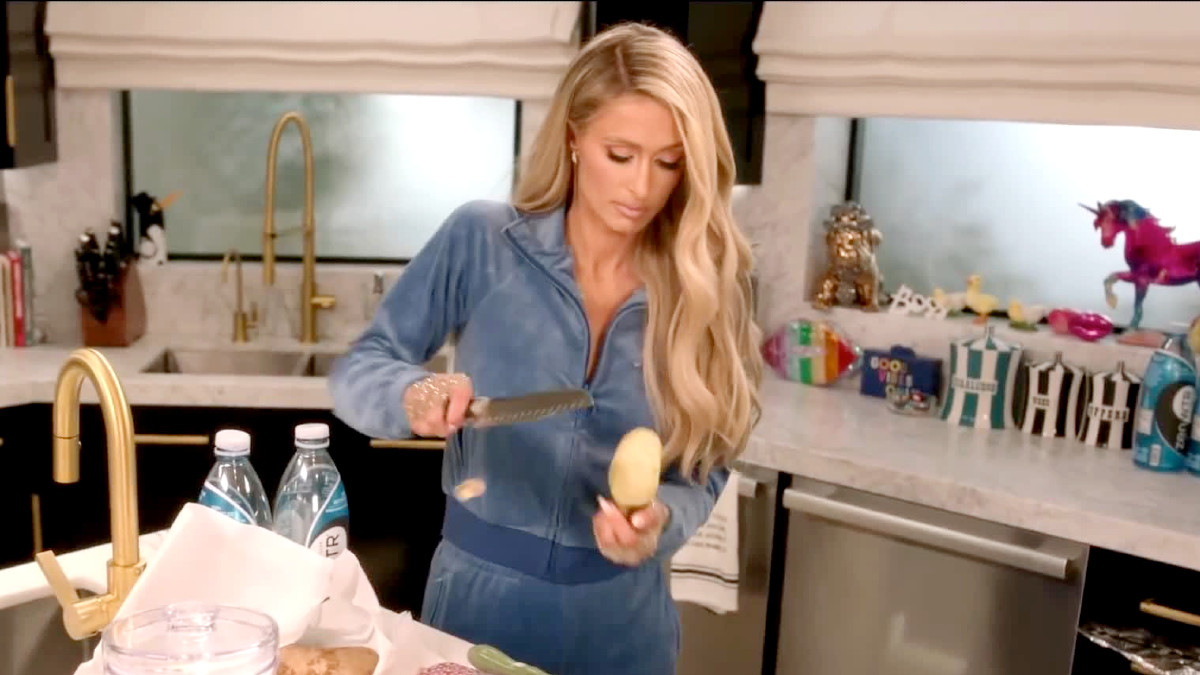 Paris Hilton is getting kicked out of the kitchen!

It was reported this week that Netflix would not be picking up the reality maven’s cooking show, Cooking With Paris, for a season two. The six-episode series premiered in August, featuring Hilton’s celebrity friends including Kim Kardashian, Nikki Glaser, Demi Lovato, Saweetie, and Lele Pons — as well as her mom and sister Kathy and Nicky Hilton.

According to Deadline, Cooking With Paris briefly cracked Netflix’s daily top 10 rankings, but apparently, there wasn’t enough interest to justify a second season. The series showcased Hilton’s cooking skills — or perhaps lack thereof, more accurately — as she navigated some of the tough questions chefs have faced for years, such as “What is zest lemon,” “What’s a tong,” and “What is a tomatillo?”

Among her various insights, Hilton also taught viewers the wrong way to flatten a hamburger patty using a diamond-encrusted spatula. The series will be missed by a small but outspoken group of fans.

Clueless celebrities cooking has been a popular format during the pandemic. Selena Gomez has a similar show at HBO Max called Selena + Chef, where she calls on experts to instruct her via video chat. There are currently three seasons available to stream.

The 40-year-old socialite has been attempting a comeback in recent years. In addition to Cooking With Paris, Hilton was featured in the 2020 YouTube documentary, This Is Paris, and the Peacock series, Paris in Love, about her 2021 wedding to venture capitalist Carter Reum.