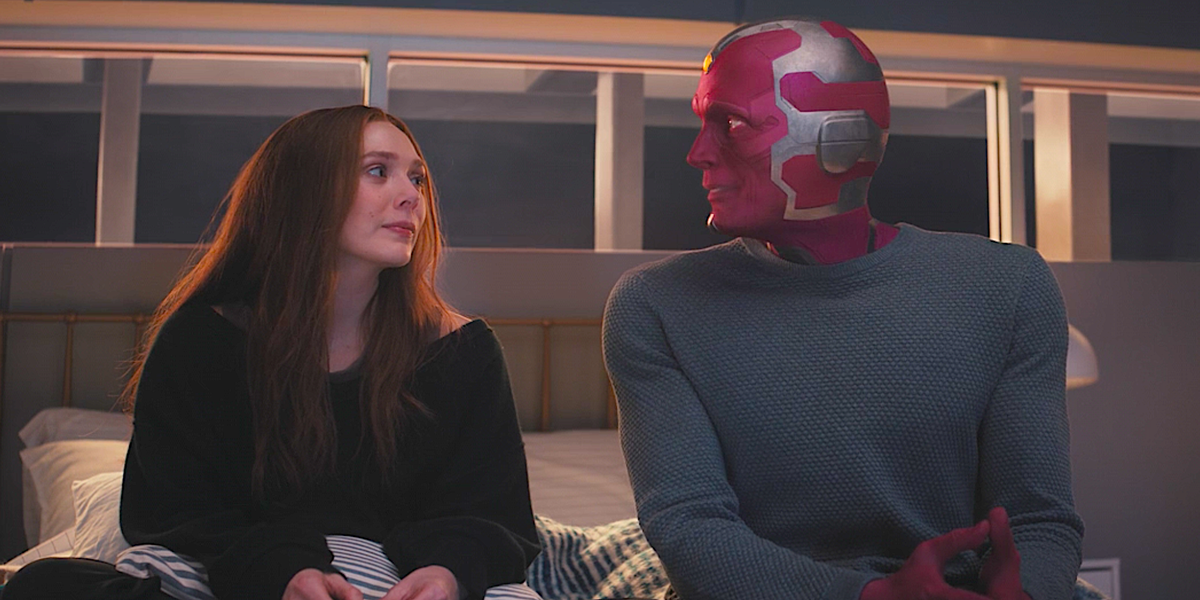 While the current phase of the Marvel Cinematic Universe is focusing on new characters, the potential to revisit old favorites remains, and, for Paul Bettany, this means there is always hope he will appear as Vision again sometime.

“Absolutely not! Not for any kind of money at all. I can’t even think of a figure. No, the honest answer to that is – well maybe it’s not the honest answer, but it’s the answer I’m going to give you and you’ll just have to cope with it – at the end of WandaVision, you see Vision fly off and that’s a loose end. And Kevin Feige is a man who doesn’t really allow loose ends. So I assume at some point I will be putting on my tights and cloak for another outing, but I don’t know when that might be.”

Awesome What If...? Fan Art Imagines Live-Action Ultron Vision
1 of 2

Bettany said the above to Entertainment Weekly today when promoting his role in the upcoming A Very British Scandal for Amazon. The 2021 miniseries featuring his Vision and Elizabeth Olsen’s Wanda saw him receiving a white body and moving off to parts unknown at the end. While it could genuinely be the case he does not know, a number of actors stay mum about things like this to ensure surprises for fans, and he did tease earlier this month to Stephen Colbert that he just may end up popping up somewhere in Doctor Strange in the Multiverse of Madness when it premieres on May 4.

“This is a really great question. And, again, I said I was going to be entirely honest with you. You’re asking if … ‘am I in Doctor Strange?’ … Yes, no, yes, no, yes, no. I don’t know. Am I? What do you think? … I can neither confirm nor deny rumors that I am in said and aforementioned Doctor Strange.”

Audiences will find out soon enough. In the meantime, Bettany’s last canon outing as the character is on Disney Plus.