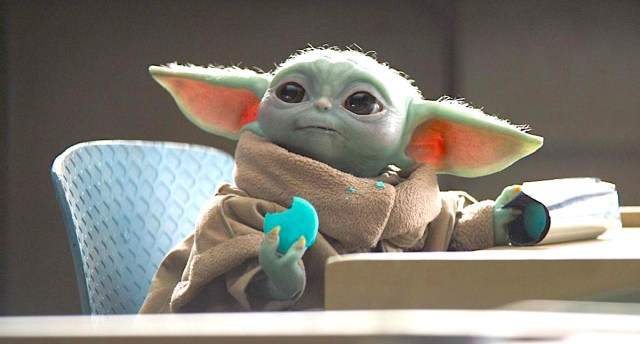 The Mandalorian star Pedro Pascal had the ultimate dad response to the apparently terrible nannying job that Midnight Mass star Rahul Kohli was doing while caretaking for the precious Grogu, the alien character affectionately known as Baby Yoda by Star Wars fans.

For those not in the know, Pascal’s Din Djarin, AKA Mando, is the titular protagonist in the Disney Plus show The Mandalorian, in which his normally rōnin-like existence is softened by becoming the unexpected caretaker of Grogu following a mission gone awry. Though he was tasked with sealing the child’s fate as part of a bounty, Din decided to betray his employer and take the small force-sensitive creature under his wing, instead.

Kohli took to Twitter to troll Pascal with a somewhat disturbing image of himself attempting to breastfeed a Grogu doll. Don’t get us wrong, we’re not trying to shame anyone for breastfeeding or anything. But for someone with a chest as hairy as Kohli’s, we can’t help but be somewhat taken aback.

“HEY @PEDROPASCAL1! YOU SAID YOU’D ONLY BE GONE FOR AN HOUR, I DON’T KNOW HOW TO LOOK AFTER THIS THING!?!” Kohli captioned the photo.

Padcal had the absolute best response, completely overlooking the breastfeeding aspect of the photo, and instead taking umbrage at Kohli’s cradling abilities, telling the actor, “hold his head right.”

The Mandalorian season three is expected to be released in February 2023, as We Got This Covered previously reported.