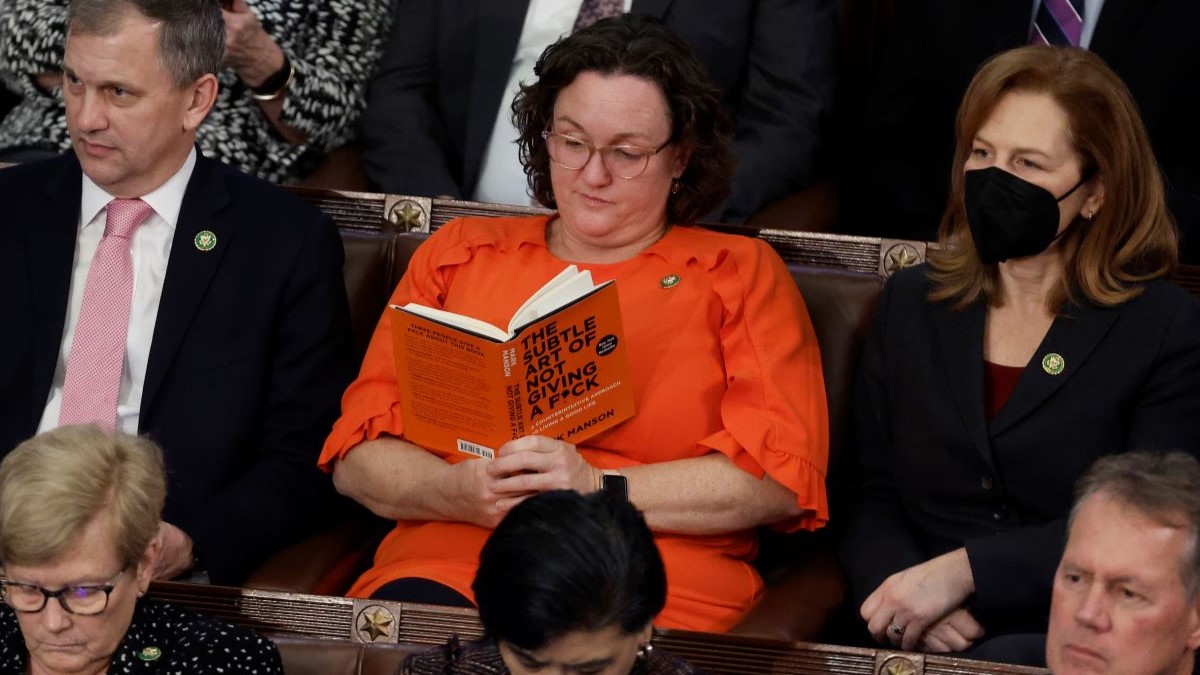 After days of deliberations and 15—yes, 15—rounds of voting, Kevin McCarthy may have gotten his prize, but Katie Porter won the day without saying a word. Suddenly she’s been catapulted to social media fame thanks to a viral photograph.

Chaos is a good word to describe the complete fiasco of a congressional session that took place last week. McCarthy had been wheeling and dealing well before the caucus, and he seemed to think recognizing him as Speaker of the House was merely a formality. Not so fast. As the arguing and the repeated voting stretched on, House Republicans’ patience wore thin. The controversial Rep. Matt Gaetz, who had been one of McCarthy’s most staunch critics ahead of the session, had a heated exchange with the would-be Speaker until apparently he made Gaetz an offer he couldn’t refuse.

This stoked the ire of Mike Rogers, the chairman of the armed services committee, on which Gaetz also serves. Apparently taking exception to whatever price McCarthy paid for Gatez’s vote, Rogers lunged at the Florida representative and had to be restrained by his fellow congressmen. Where’s Jerry Springer when we need him?

All the while, Porter sat back, reading her book, reveling in the complete and utter cluster cuss on the House floor. Her book of choice? The Subtle Art of Not Giving a F*ck. She even wore orange to match the cover, which effectively drew attention to her silent protest.

Judging by the social media reactions, the tactic worked. Her loud attire and reading material has been trending on Twitter and Google as the picture made the weekend rounds.

With the major changes to the House of Representatives and the GOP having the majority vote, it will be an interesting two years. Starting the year off with Republican infighting doesn’t exactly inspire confidence in the American public, but it will be worth watching if only for the fireworks.

And Katie Porter will still be reading her book by the light of the dumpster fire.