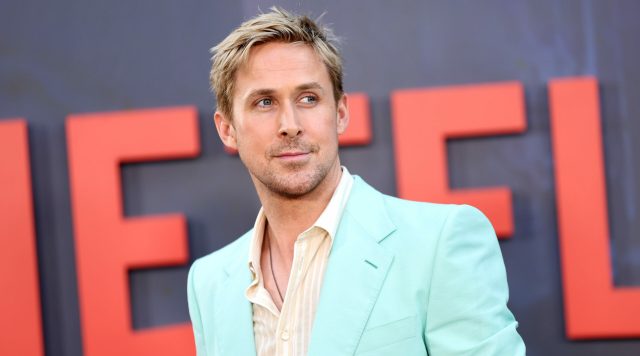 Ryan Gosling is channeling his big Ken energy as he prepares to take on the role of the fantastically plastic doll in the upcoming Warner Bros. movie Barbie.

When promo images of Gosling as Ken first appeared, you could hear the sound of jaws dropping collectively around the world. His tan skin, bleach blonde hair, and smile fit the bill of the Ken dolls we all grew up playing with. While Gosling’s fans worldwide love the transformation, his biggest fan — wife Eva Mendes — is his greatest source of support.

Speaking to BBC’s The One Show, Gosling said that Mendes has been indescribably encouraging of his newest role, even starting a hashtag on social media to get others on board — not that it was pulling teeth by any means.

“She’s been very supportive. She’s supporting my Kenergy. She started a hashtag, #Thatsmyken, which meant a lot to me.”

Of course, Gosling’s appreciation of his wife’s support is authentic, but how he speaks about everything regarding Barbie is sprinkled with sarcasm — likely hinting at what we might expect from his character. Each question he answers proves that his multifaceted persona will be the end all be all for Kens everywhere.

So, does Kenergy give off total bro-guy vibes without the attitude? Is Ken the perfect mix of a Chadd (yes, the double d) exterior with an “IDGAF” interior? That’s where our minds are going, and Gosling seems to be hearding us in that direction.

We’ll find out for sure when Barbie hits theaters next summer, and until then, don’t forget to hashtag #Thatsmyken and make Gosling’s day!