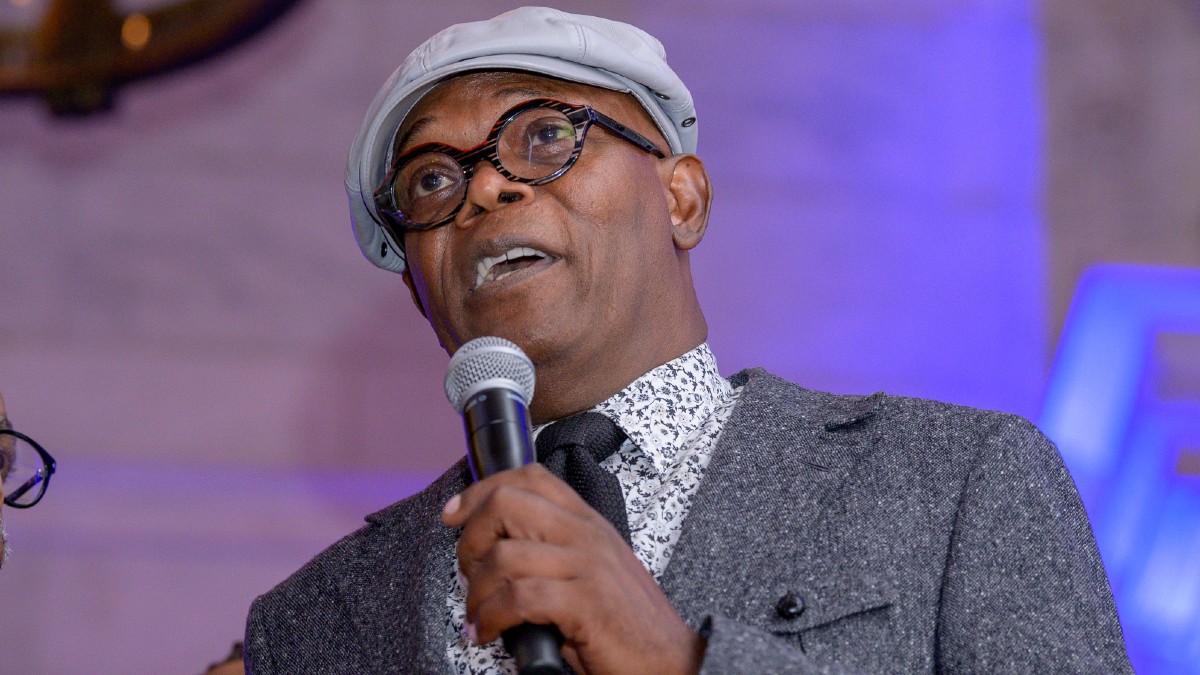 Nobody cuts through the bullshit quite like Samuel L. Jackson, and over the weekend, the 73-year-old actor weighed in on the recent controversy over Joe Rogan repeatedly saying the N-word in unearthed podcast footage.

After the clip began making the rounds on the internet, Rogan offered a Feb. 5 apology, claiming that he was trying to be entertaining in the old footage. However, he also admitted it was “idiotic” and “looks terrible in context.” But as Jackson told The Sunday Times in an interview that ran over the weekend, he doesn’t give a rat’s ass about Rogan’s “context.”

“People are always calling me about doing a podcast, but I can’t talk for an hour without saying something fucked-up,” Jackson quipped, explaining why he personally refrains from the medium.

“He is saying nobody understood the context when he said it,” the Pulp Fiction star explained, with an apparent eye roll, according to Yahoo! Entertainment. “But he shouldn’t have said it. It’s not the context, dude — it’s that he was comfortable doing it. Say that you’re sorry because you want to keep your money, but you were having fun, and you say you did it because it was entertaining.”

“It needs to be an element of what the story is about,” Jackson added. “A story is context — but just to elicit a laugh? That’s wrong.”

Jackson also explained why his frequent collaborator Quentin Tarantino gets flack for using the N-word in his film, and why the comparison isn’t fair.

“Every time someone wants an example of overuse of the N-word, they go to Quentin — it’s unfair,” Jackson continued. “He’s just telling the story and the characters do talk like that. When Steve McQueen does it, it’s art. He’s an artiste. Quentin’s just a popcorn filmmaker.”

Rogan’s racist remarks came in the midst of backlash over Spotify continuing to give the 54-year-old podcast host a platform to spew misinformation — a privilege the music streamer paid handsomely for. In the wake of the controversy, several artists, most notably Neil Young, have begun a mass exodus of the platform as anti-Spotify hashtags began trending. Even weeks later, it’s clear that many folks are not ready or willing to forgive Rogan or Spotify.