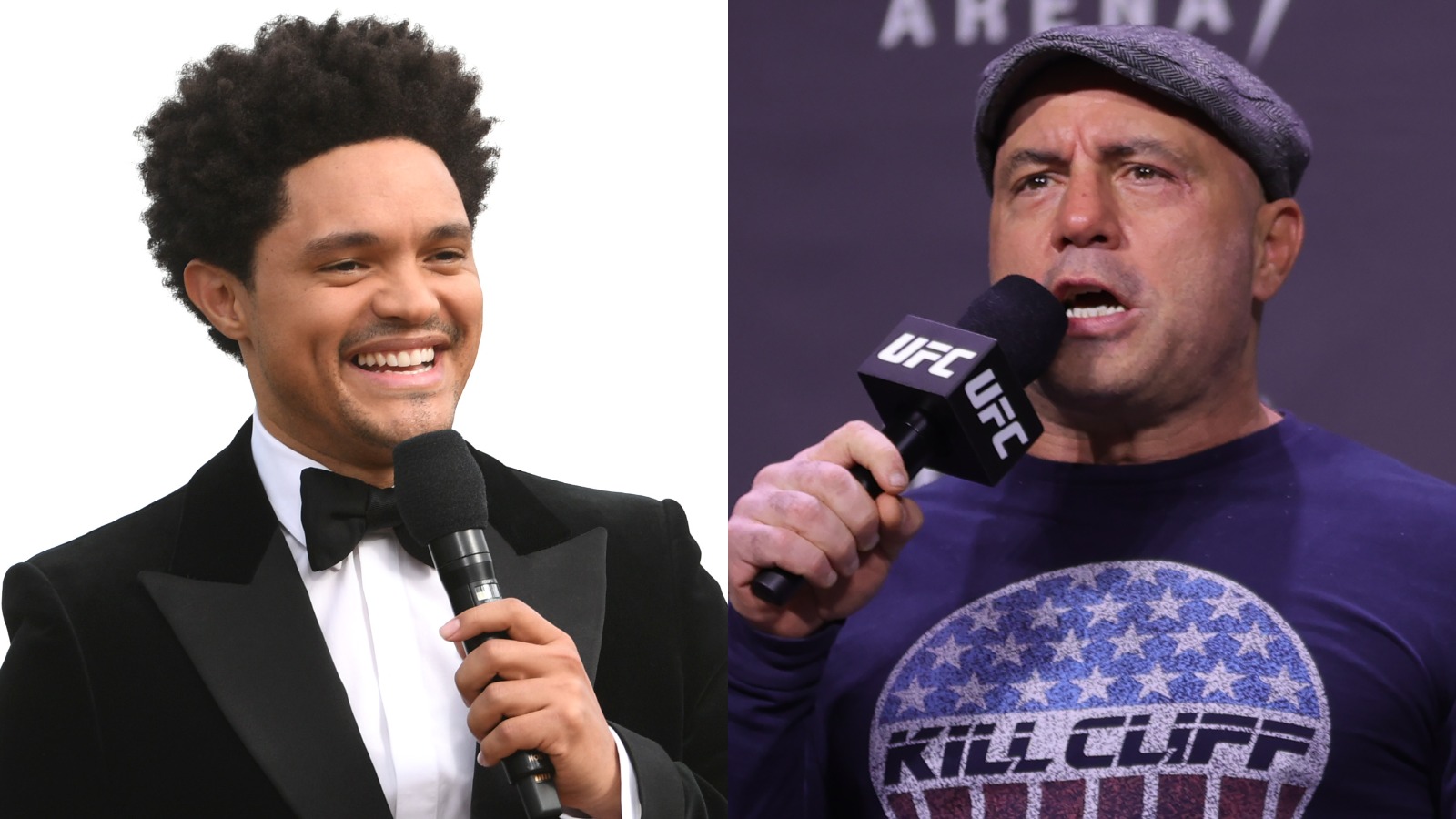 Trevor Noah is once again discussing Joe Rogan and his latest controversy, and he’s not too impressed with his recent apology, dubbing it “OG racism.”

On a recent episode of The Daily Show, Noah called out Rogan for his latest apology over not only repeated uses of the N-word on his podcast The Joe Rogan Experience, but also for making a racist reference to being in a Black neighborhood to watch Planet of the Apes.

“If there’s ever a video of you saying the N-word that many times, you better pray one of two things: either you’re Black person, or you’re a dead man from history,” Noah said.

“Then the worst thing they can do is take your statue down and move it into a museum. And as bad as it was to see Joe Rogan dropping the N-word like he bought it in bulk at Costco, an even worse part of the video is when Joe Rogan told a story about going to a movie in a Black neighborhood.”

In his apology, Rogan said he was telling the story to be entertaining, but admitted it was “idiotic” and “looks terrible in context.”

However, Noah broke down why he felt the story was racist and also continued a tradition of racism that’s been going on for many years.

“First of all, he said he would never say that Black people are apes, but he said that! That’s literally what he said,” Noah said.

“It’s not just racist. That’s OG racism. That’s the original, old-school racism. That’s on the Mt. Rushmore of racism. ‘Black people are apes’ is right next to burning crosses and every Bugs Bunny cartoon from the 1940s.”

He also stressed that the context of saying the N-word isn’t the issue and that it puts white people in “unnecessary trouble” regardless of the circumstances.

Noah did point out that Rogan said the story was racist after he shared it, but stressed that “laughs don’t mean that there’s no racism.”

“Black people are dealing with too much shit. ‘No, no, look at how I was using it’—no, dude, no one’s got the time for that. Just stop saying it or just be racist—it’s easier for everyone that way.”

Noah also called out Spotify’s lack of transparency when giving reasons for the continued platforming Rogan, who signed a landmark $100 million deal with the streaming service giving it exclusive rights to The Joe Rogan Experience.

“Part of me wishes that Spotify would just drop the facade,” he said.

“Just come out and be like, ‘We do not believe in silencing Joe Rogan, because he makes us money. But if at some point he ends up costing us money, then we will drop him, because money.’”

Spotify CEO Daniel Ek said, in a memo sent to staff, that while he doesn’t condone the actions of Rogan, he also doesn’t believe “silencing” him is the answer.

All of this is in the wake of multiple musicians wiping their music from the platform in protest of Rogan continuing to air COVID-19 misinformation on the podcast, to which Spotify is combatting by adding a content advisory to any content — not just Rogan’s — that discusses the virus.

Of course, this isn’t the first time Noah has condemned Rogan, who as recently as last month engaged in insensitive conversations about race on the podcast, saying that referring to people who aren’t from “100 percent African” and “from the darkest place” as Black is “weird”.

“The thing that people seem to be ignoring is that Black people didn’t call themselves ‘Black,” Noah said, discussing Rogan’s earlier comments.

However, Noah had previously commended Rogan for apologizing about COVID-19 misinformation and noting how the podcaster would try to better in the future.