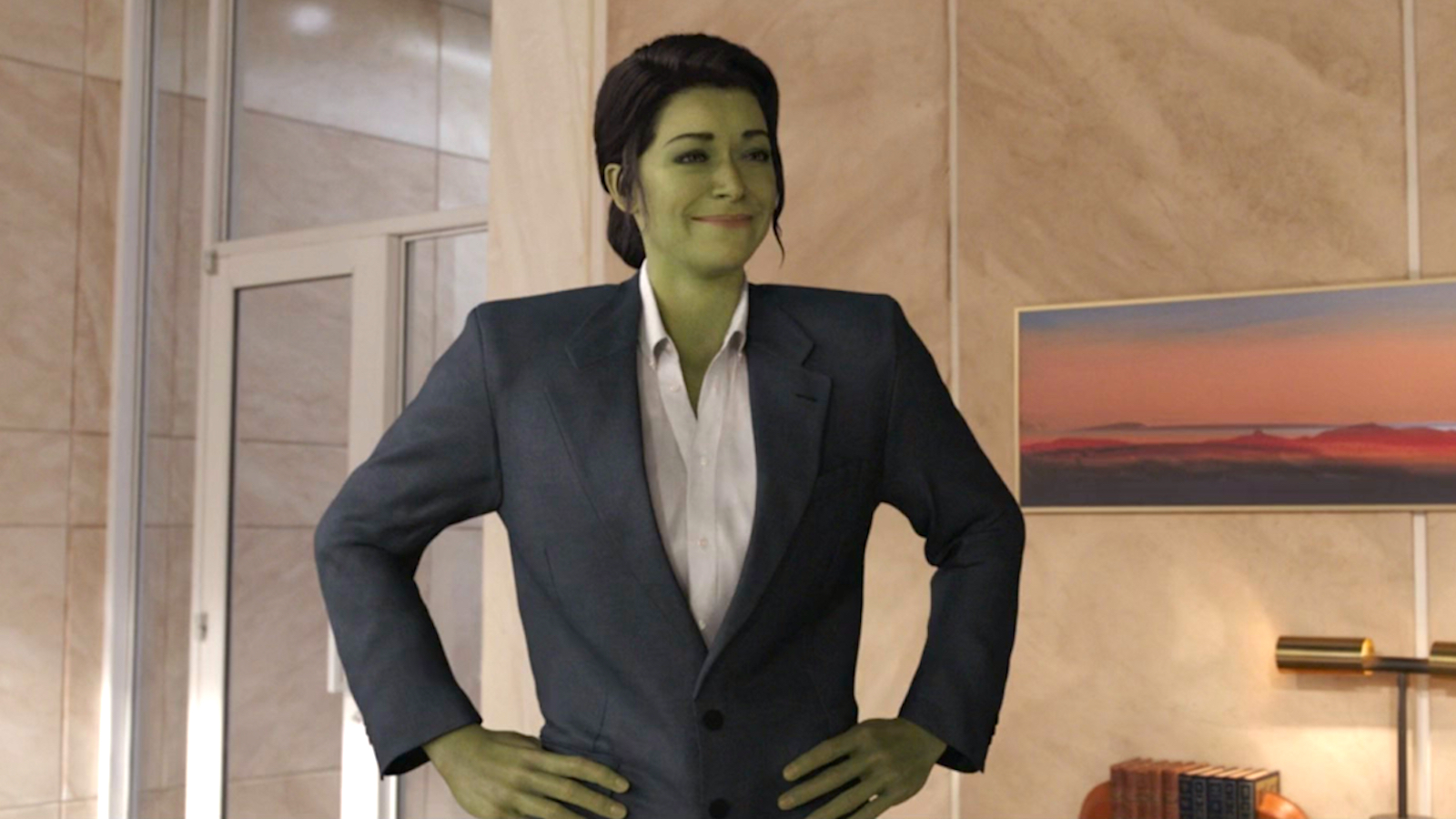 Where do superheroes get their costumes from? That’s an age-old question about the genre that the MCU has generally avoided over the years thanks to many of the Avengers either wearing combat gear, uniforms, or suits of their own invention (looking at you, Iron Man) or magic (psst, Scarlet Witch). But, as for the rest, She-Hulk: Attorney at Law has finally provided an answer, by paying homage to Pixar’s own superhero universe.

Episode 4’s B-plot sees Nikki (Ginger Gonzala) and Pug (Josh Segarra) track down underground superhero costume designer Luke Jacobson (Griffin Matthews) to enlist him to make a custom suit for She-Hulk (Tatiana Maslany), who needs to work on her image in the wake of her copyright lawsuit with Titania (Jameela Jamil). Although he’s only asked to make her a business suit, Luke creates her another kind of outfit too, which is heavily hinted to be a suit for superheroing.

Luke is portrayed very much as a spoof of an archetypal fashion designer — aloof, arrogant, and sassy — which, when combined with his niche profession, brings only one character to mind: the icon that is Edna Mode from The Incredibles movies. Luke Jacobson is a minor character from the comics, appearing in just three issues of spy series Dakota North in 1986. While the original was also a costume designer, it’s fair to say that She-Hulk has completely revamped the character in the Edna Mode mold.

And like Edna, Luke appears to be the go-to costume guy for the biggest heroes around, as the end of the episode reveals he’s also just finished work on a new suit for Daredevil — the yellow version teased in the trailers. So the next time an Avenger shows up in some swanky new threads, the odds are they got them from Luke Jacobson. His feelings on capes aren’t currently known, but we have a sneaking suspicion he might share Edna’s aversion to them.