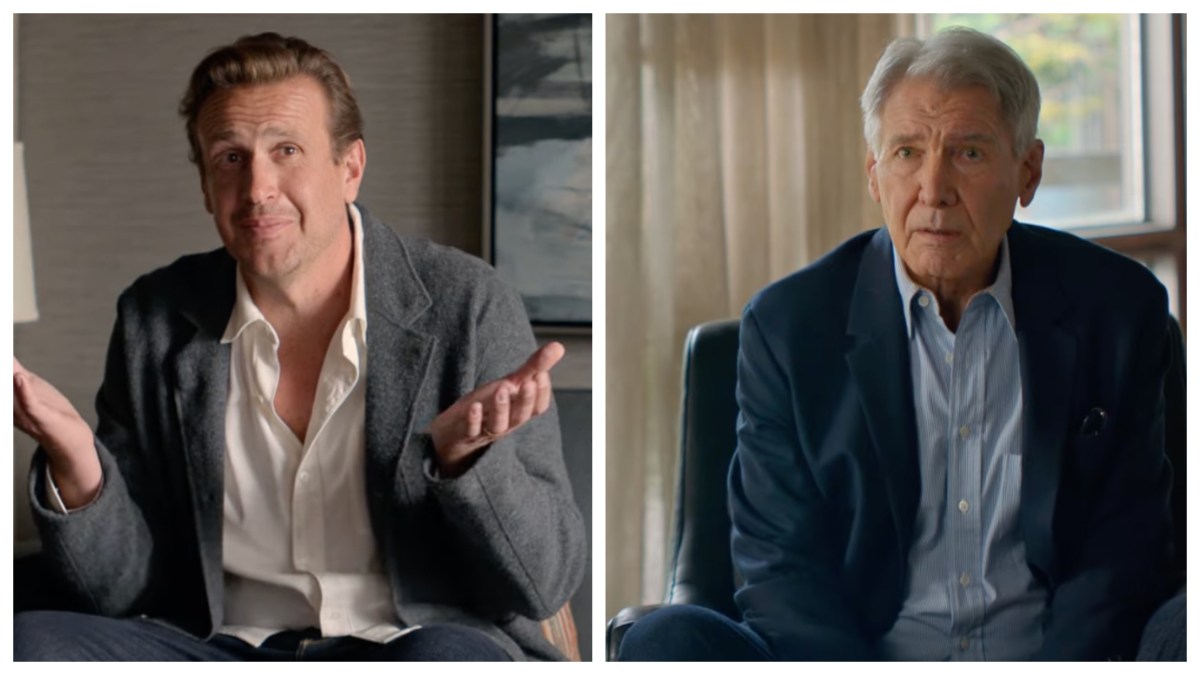 Ted Lasso fans have something to celebrate. The trailer for the new comedy series Shrinking written by Bill Lawrence, Brett Goldstein, and Jason Segel dropped today. Although there is no soccer in this new show and a different Jason, audiences are promised a good time laughing about loss and grief with Segel and Harrison Ford.

In the trailer, viewers see Segel’s character Jimmy Laird dealing with the loss of his wife while attempting to maintain his therapy practice. Ford’s character Phil Rhodes tries to intervene and get Jimmy to grieve in a more healthy manner. Laird decides to make changes in how he treats his patients.

The plot of the series centers around Jimmy going against normal client-therapist relationship rules and ethics. Jimmy tells each client what he actually thinks. The results are big breakthroughs for both Jimmy’s clients and Jimmy himself.

Beyond Segel and Ford, the cast includes Christa Miller and Jessica Williams. Miller plays Liz, Jimmy’s neighbor who acts as a mother figure to his daughter. Williams plays a fellow therapist in the same practice as Jimmy and Phil. Michael Urie, Luke Tennie, and Lukita Maxwell round out the cast.