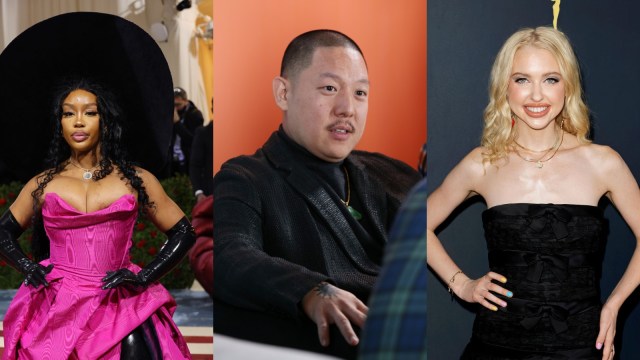 The breakout star from the hit show Euphoria, Chloe Cherry, and Grammy-award-winning singer SZA will star in a new comedy called Tuna Melt, alongside Eddie Huang.

Huang, who also wrote and will direct the movie in addition to starring in it, is collaborating with Scooter Braun and James Sin for SB Projects, according to Deadline, along with Andrew Swett and Aaron Ryder from Ryder Picture Company.

The movie is described as a Pulp Fiction meets High Fidelity, which means it’s a really bloody love story involving a music store and a lot of ex girlfriends, maybe? SZA was cast to play Huang’s love interest, but it’s not known yet what role Cherry will handle in the film.

Huang is a multi-talented personality who made his directorial premiere in the 2021 basketball movie Boogie, which he also wrote and starred in. His book Fresh Off the Boat: A Memoir was used as source material for the ABC show Fresh Off the Boat. That show lasted six seasons. He’s also hosted cooking shows and was tasked to produce a show called Panda for Showtime about pressed pills.

The movie will be singer SZA’a first foray into acting. SZA was born Solána Imani Rowe and her debut album CTRL went double platinum. She teamed up with Kendrick Lamar for the song “All the Stars” for the Black Panther soundtrack — a song that climbed all the way to the top ten of the Billboard charts.

Cherry’s next project is a sci movie called www.RachelOrmont.com. She’s the breakout star from the second season of the HBO series Euphoria.

Huang said he likes to challenge audiences and offer alternatives to all the white coming of age stories out there, especially with Boogie.

“It was always white people in school that were like, ‘Oh, I love Catcher in the Rye, I love Holden Caulfield,’” Huang told Variety last year.. “And I’m like, well, let me present you with a quite unlikable Asian character and see if you love him in the same way.”

“All of us kind of suck as teens. None of us are really that good at being people yet. And a lot of the characters you see in teenage or YA films, they’re very manufactured and they’re almost like either all good or all bad. I wanted to show a character that just struggled becoming a man.”

Tuna Melt, however, sounds like a decidedly different type of movie, with a hit man as its protagonist. There’s no release date for the movie just yet but we’ll keep you posted.