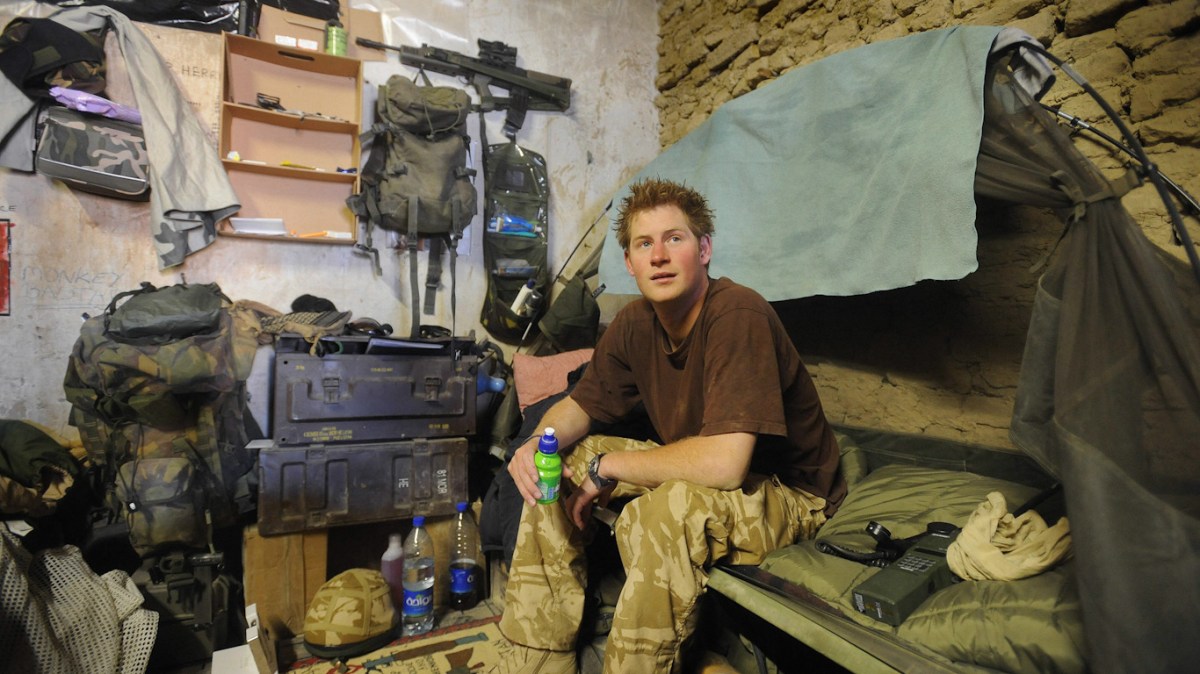 Prince Harry opens up about his military career in his newly released memoir, Spare, and shares his unique feeling upon learning that he would be deployed to Iraq.

He begins the story by sharing the honor he felt as his grandmother attended the “passing out” ceremony, which she hadn’t done in decades. He recalls her smile as he passed her, and the pride he felt upon seeing it. Prince Harry says that when Granny inspected the troops, she gave him a sweet “Oh, hello,” which left him with a smile and blush. He felt like he was on top of the world, and with his brother William taking the path to university first, he also shares that for a brief second in time, the “spare” outranked the “heir.”

Prince Harry talks about his feelings upon heading to a battlefield, which are not what you might initially expect. He knew it wouldn’t be a walk in the park to relieve a unit that was doing “advanced reconnaissance” in south Iraq, and he also knew that within the six months before his troop was set to arrive, forty soldiers had been killed.

Of course, that idea was unnerving, but he didn’t feel terrified of what he would encounter.

“I searched my heart. I wasn’t fearful. I was committed. I was eager. But also: war, death, whatever, anything was better than remaining in Britain, which was its own kind of battle. Just recently, the papers had run a story abut Willy leaving a voicemail for me, pretending to be Chels. They’d also run a story abut me asking JLP for help n a Sandhurst research project. Both stories, for once, were true. The question was — how could the papers have known such deeply private things?”

Prince Harry recalls feeling paranoid at the time, just as his brother Willy did. It brought them back to their mother’s oft-cited “paranoia;” they saw it differently. It was as if they had a front-row spot to some of what she experienced.

They had begun questioning those around them, even some of their closest friends. They wondered who would release such stories to the media, who could have caught wind of private matters, and who could their inner circle be confiding in? It left Prince Harry feeling as if his head was spinning. He didn’t know if anyone could be trusted; in fact, it felt like no one could.

For those reasons, Prince Harry felt that Iraq would provide him with something concrete.

“What a relief it will be, I thought, to be in a proper war zone, where one of this is part of my daily calculus. Please, put me on a battlefield where there are clear rules of engagement. Where there’s some sense of honor.”

Honor on a battlefield is something those in the military understand, and when Prince Harry puts it in the way he did. It’s easy to see why Iraq felt like something he could get a hold of, as he would no longer live in a grey area with no clear target of attack.

While no one would consider themselves thriving in a war zone, for Harry, it gave him purpose. You can read more about his experiences in Iraq and several other pieces of Prince Harry’s story in Spare, available for purchase now.