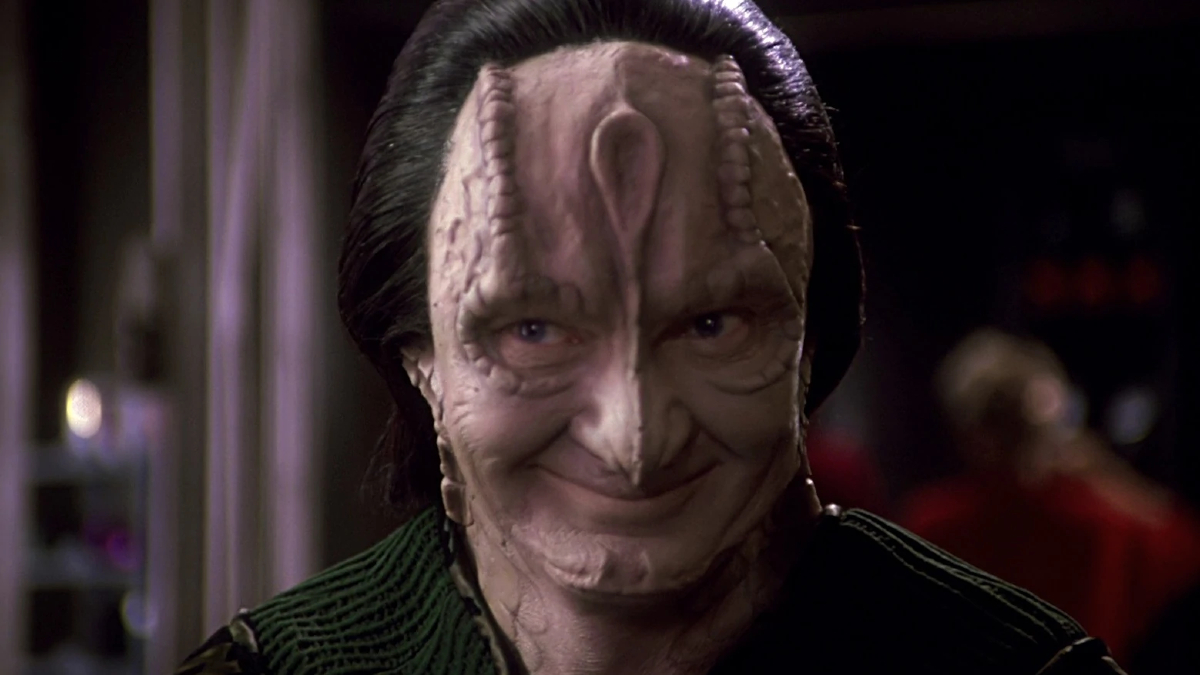 Star Trek might not have featured any openly gay characters until recent years, but previous series came close to crossing this milestone. Star Trek: Deep Space Nine, for example, featured the franchise’s first same-sex kiss – between Jadzia Dax (Terry Farrell) and Lenora Kahn (Susanna Thompson) in the episode “Rejoined.” Another actor on the 90s series though has now revealed that they wanted their character to be openly gay, but this unfortunately never happened.

While speaking to TrekMovie.com, DS9 star Andrew Robinson opened up about his thoughts on his character’s sexuality. Robinson says he played Elim Garak, a former Cardassian spy, as having romantic feelings towards his friend, Dr. Julian Bashir (Alexander Siddiq), from the off. He explained that he aimed to convey Garak finding Bashir attractive from the very first time they met.

“Besides the fact that that they were looking for a relationship for Dr. Bashir—and that worked out great, because [Alexander Siddig] and I really got on and are still friends to this day. I think that was the main thing, that Sid and I got on,” Robinson says of why the series kept bringing him back as Garak. “But then there was the ambiguity about Garak that they had written in. Who is this guy, he is a mystery and so forth. What I added to that in that first episode was a sexual ambiguity about Garak. In that very first scene when he meets Dr. Bashir it’s clear as a bell— and this was my choice—that he was sexually attracted to this good-looking young Starfleet doctor. And although they didn’t follow that up with an explicitly gay character, that ambiguity about Garak remained. And it was appropriate for what they had written about his ambiguity, is he a tailor, a spy, what is he?”

While Robinson hoped to have this explored in future storylines, by making it the subtext of his scenes with Bashir, the writers never ultimately decided to pick up the concept and run with it. The actor wonders if this would have been too much for the series to tackle at that point in time.

“I broadcast it as strongly as I could,” he says. “But you know, they never really followed up on it, we never even had a discussion about it. Deep Space Nine was already at right angles to the Star Trek franchise. It was a different kind of Star Trek show. And I think that suddenly to bring on an openly gay alien, who, who was having this relationship with Dr. Bashir. I think that was maybe a bridge too far. I’m guessing at this, but I, but I think that may be it.”

Robinson went on to clarify that it was not like anyone vetoed the idea or disliked it, as he recalls showrunner Ira Steven Behr reacting positively to it. For whatever reason, though, Garak and Bashir becoming a couple just never happened.

“No, they didn’t. I think they liked it. I think Ira [Steven Behr] and the writers loved that it just added to the mystery of the guy. What is he? Who is he? Is he this or is he that? I think it just reinforced what they were already trying to do with the character.”

As Star Trek: Deep Space Nine ended up not going down that avenue, despite Robinson’s best intentions, Discovery ended up featuring Trek‘s first prominent openly gay couple in Anthony Rapp’s Paul Stamets and his husband Hugh Culber (Wilson Cruz). This year, meanwhile, Picard revealed that Voyager’s Seven of Nine was gay, with it hinted that she may enter into a relationship with Raffi Musker (Michelle Hurd) in season 2.