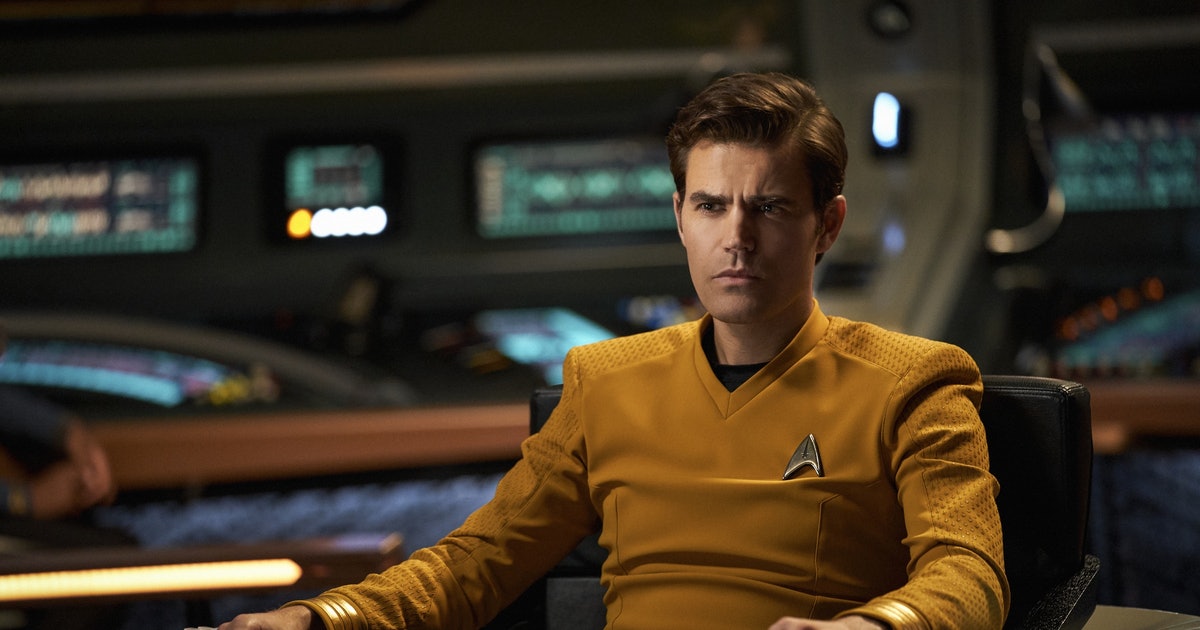 Even though Star Trek: Strange New Worlds has yet to premiere its first season, we already know something about what we can expect from season two. With production on its sophomore run underway, it’s been announced that The Vampire Diaries alum Paul Wesley has joined the cast as the one and only James Tiberius Kirk, the most famous Enterprise captain, previously played by William Shatner and Chris Pine.

And, just like Shatner had Leonard Nimoy and Pine has Zachary Quinto, Strange New Worlds season two will likewise see Wesley share the screen with Spock. Ethan Peck plays the iconic Vulcan on the show, reprising the role from Star Trek: Discovery. In conversation with Cinema Blend, Peck hyped up Wesley’s Kirk, promising that the actor cares deeply about the responsibility of embodying such a legendary character.

I can’t tell you anything, but I will say that Paul is awesome and he has taken this so seriousl. I think I see a lot of myself in him, and being burdened with this character and this responsibility. Which is really comforting for me because I care so much about it and I see that he does too. So, I’m really excited to see what he does and I’m excited for people to see him in the role.

While the news that Kirk is coming is undoubtedly exciting, some fans worried that his arrival on the scene meant Wesley is set to replace Anson Mount’s Christopher Pike as the series’ lead, given that Kirk is Pike’s successor as Enterprise captain. Mount has previously assuaged these fears, though, indicating that SNW won’t be reaching the point of Kirk’s captaincy for some time yet.

Kirk and Spock are far from the only familiar faces that’ll be part of the crew in the new series, as the supporting cast is full of characters pulled from The Original Series. Rebecca Romijn is obviously back as Number One, but then there’s also Dr. M’Benga (Babs Olusanmokun), Nurse Chapel (Jess Bush), and Cadet Uhura (Celia Rose Gooding). Not to mention Christine Chong’s La’an Noonien-Singh, a relative of the infamous Khan.

Star Trek: Strange New Worlds shouldn’t leave the fans wanting, then, once it debuts on Paramount Plus in just a couple of weeks on May 5.