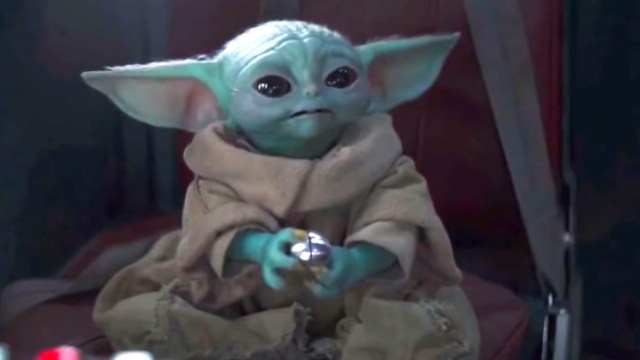 The Mandalorian finally revealed some answers about Baby Yoda‘s past halfway through its second season. As Rosario Dawson’s Ahsoka Tano entered the scene, we learned that The Child’s real name is Grogu and he was raised in the Jedi Temple on Coruscant prior to the rise of the Empire. As for how he survived the massacre of the Jedi that occurred when Palpatine executed Order 66, we were told that he was rescued and hidden away. But who was it, out of the wide Star Wars galaxy, that did the rescuing?

Season 2 left this unclear, but obviously we’ll find out eventually. And given the build-up to the reveal, it’s bound to be an iconic character from the Prequel Trilogy. In fact, insider Daniel Richtman claims that he’s heard from his sources that the one who saved Grogu from Order 66 was none other than Mace Windu. This factoid – as shared on the tipster’s Patreon page – carries with it a lot of significance if true, so let’s unpack it.

Seeing as Mace was killed by the Emperor prior to the events of Order 66 in Revenge of the Sith, this revelation would mean that the Jedi Master survived his fall from Palpatine’s office. Ever since Samuel L. Jackson said that he thinks Mace is still alive somewhere out there, rumors have run rampant that he’s on his way back and the speculation has only increased in recent months.

Also, if it was indeed Windu who saved Baby Yoda, he’d likely not just appear via a flashback to Order 66, but we’d probably see him return in the present as well. This would make him the second character that The Mandalorian has resurrected after their apparent death in the movies, following Boba Fett. And while we’d advise taking this all with a grain of salt for now, it does seem plausible.

Tell us, though, who do you think saved The Child? Mace Windu, or someone else? Let us know down below.