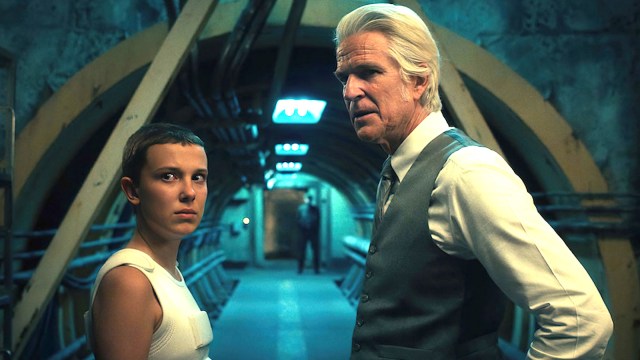 From Joyce Byers’ admirable parenting style to Steve Harrington babysitting his surrogate children, Netflix’s global hit Stranger Things is home to a handful of characters that act as strong parental figures to the younger clan. And while Dr. Martin Brenner (Matthew Modine) can also be considered as a parent — considering his title in Hawkins Lab is “Papa” — his parenting style is definitely a lot more manipulative. Because of his position as a “parent,” eagle-eyed fans are finally questioning which character he cared about the most.

Over on r/StrangerThings, user u/Sudden_Pop_2279 sparked the mind-bending discussion by posting side-by-side images of Jane “Eleven” Hopper, Shepard, 008, and Henry/Vecna/001 — and asked fellow Reddit users which person Brenner genuinely cared for the most.

An abundance of passionate Stranger Things fans immediately flocked to the comments, with several users believing that Brenner definitely cared about Henry the most — seeing as Henry was Brenner’s starter project and his initial discovery of power, prompting him to spend years searching for Henry after his escape.

On the other hand, a handful of other users strongly believe that somewhere, inside of his black heart, that Brenner genuinely cared about Eleven.

Of course, plenty of fans strongly insist that Brenner only cared about himself, and that the rest of the characters were merely tools in his overall operation of power.

Despite Brenner’s malicious intentions, his role in the series was undoubtedly significant in regards to Eleven’s growth and development from lab rat to functional teenager. And while Papa’s death is pretty much confirmed in the action-packed fourth season, fans still aren’t exactly sure if he received the fate that he actually deserved.