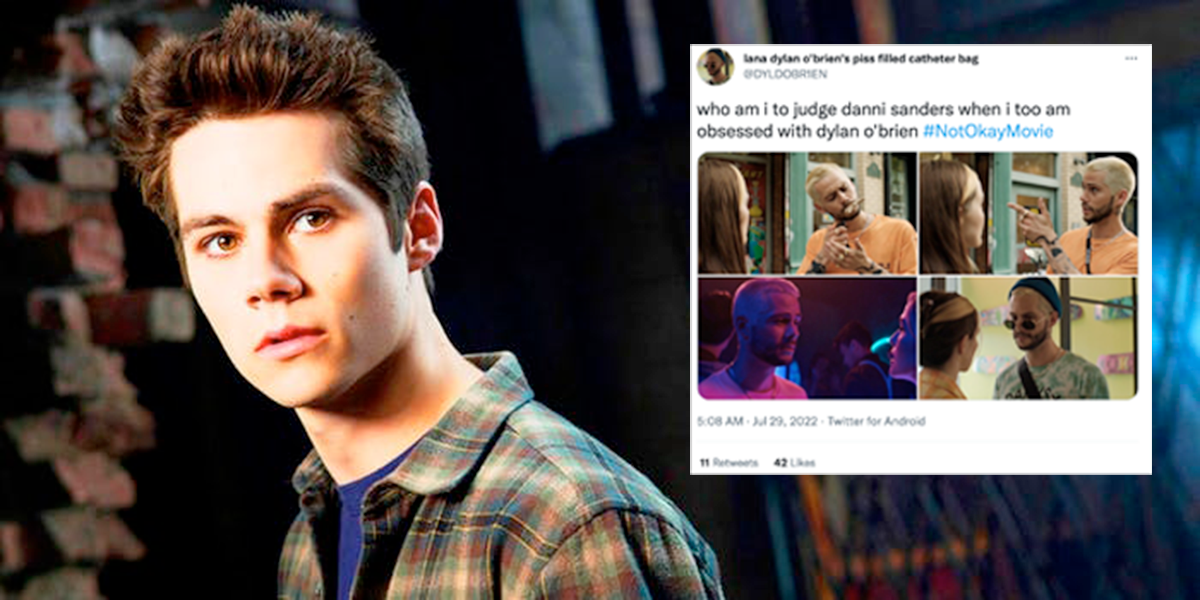 Hulu’s new original movie Not Okay is now streaming, and fans are going wild for it. The film stars Zoey Deutch and Dylan O’Brien, both of whom are gorgeous and have a pretty big fan base. However, O’Brien definitely wins in this case, considering the character he plays is so different from his real life persona. His fans took note, and while we love Dylan O’Brien, something about him playing F-Boy Colin really did it for some fans.

Dylan O’Brien rose to fame in projects such as Teen Wolf and The Maze Runner series and since then he’s remained one of the more successful Teen Wolf alums. This new project, Not Okay, showcases him as an F-Boy influencer named Colin who will do anything for his fifteen seconds of fame. The movie is about our current climate with influencers and how they actually do influence us whether we want them to or not, but, honestly, most viewers are just taking the movie as an opportunity to thirst over Dylan with his bleached hair.

Twitter user @dyldobr1en has been quite vocal with their thirst for Dylan with multiple tweets about his role in the movie.

They took to even comparing themselves to the show’s main character, who is objectively not a good person, all because she wanted to hookup with Dylan O’Brien.

With lines like “my damaged little girl” it was only a matter of time before Twitter got ahold of it and went meme-crazy.

From his sexual lines, to sex scenes to just his fanbase in general, casting Dylan O’Brien in any role means you’ll get an audience, but this one was different. Seeing him with such a different look and personality than ever before really had fans going feral on Twitter.

Of course though, that wasn’t the point of the movie. As hot as Dylan O’Brien is, Twitter user @songbvrd said it best;

While we can all agree that O’Brien played a hot, yet awful, character, the movie’s point was so much more than that, and dove into something much deeper that doesn’t get talked about very much. Influencer and celebrity culture is something many aspire to, and some are willing to do whatever it takes to get to that level of fame, even if it hurts others. So, I guess what we’re saying is, start the movie for Dylan’s looks, but finish the movie with a newfound takeaway.