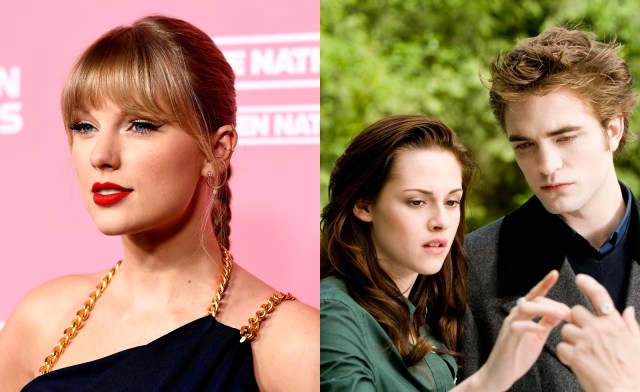 The ever-popular Twilight saga was chock-full of romance, mortality, and the battle of good versus evil. Apparently, it also held the strong potential for a celebrity cameo.

While speaking on the podcast, The Twilight Effect, Weitz revealed that Swift actually approached the producers and asked to be an extra in the movie. In response, Weitz decided not to include Swift for fear that she would be too much of a distraction from the overall story and main characters, but he regrets turning down the opportunity.

“I kicked myself for it. But the moment that Taylor walks onto screen, nobody is going to be able to process anything.”

The singing-to-acting jump certainly wouldn’t have been the first time for Swift, seeing as the 32-year-old artist has starred in several well-known film projects, including Valentine’s Day (2010), The Lorax (2012), and Cats (2019). Still, to spot the Folklore singer amongst a group of vampires and werewolves would have definitely been a sight to see.

With the recent talk about the franchise possibly transferring over for a television reboot, perhaps Swift could still be a viable option in the realm of Twilight and its devoted fanbase. For now, rumors are circulating that Swift has a major album on the horizon, which is certainly enough to keep Swifties entertained.