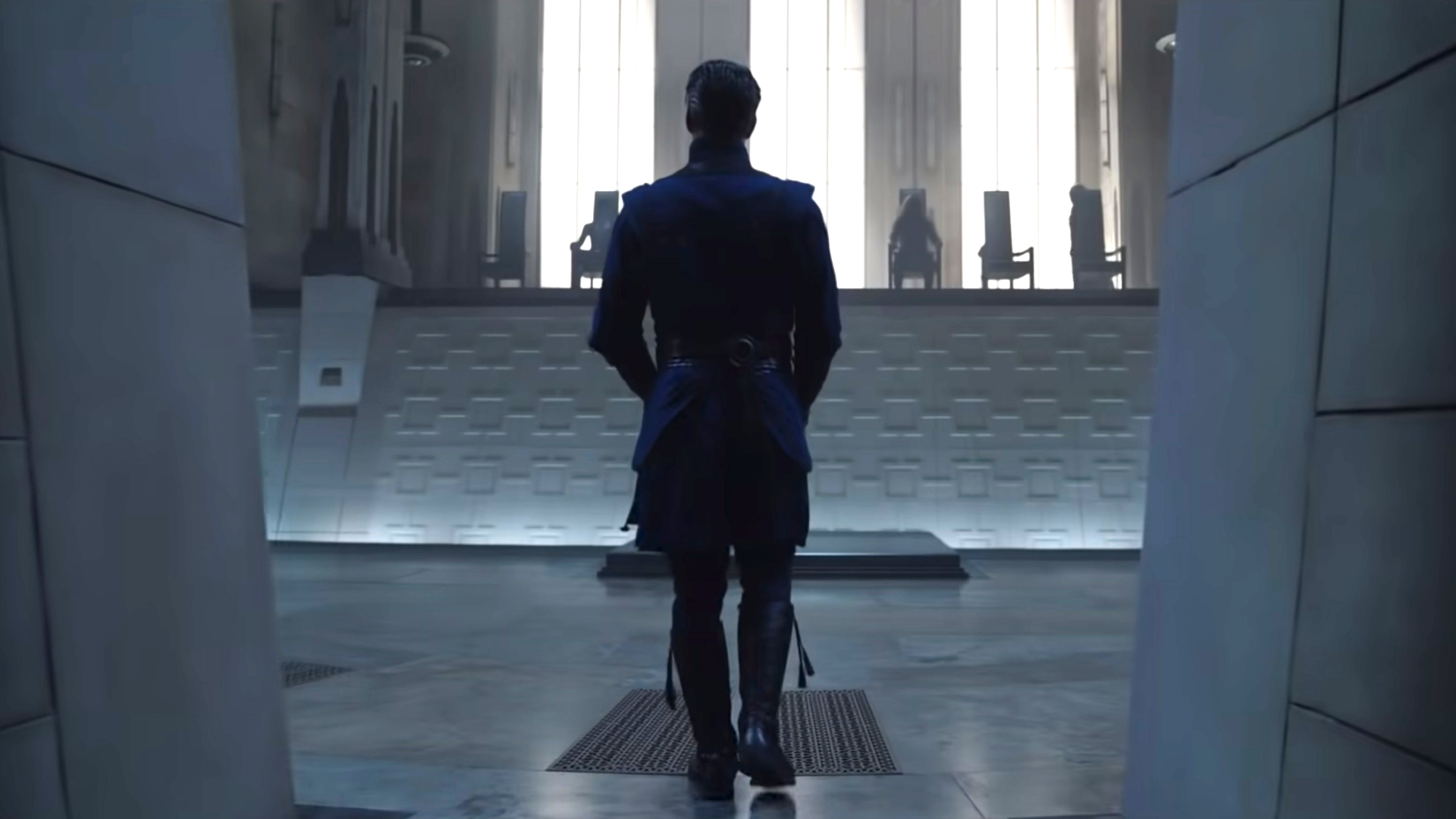 WARNING: the following contains spoilers for Doctor Strange in the Multiverse of Madness

Doctor Strange in the Multiverse of Madness may be unlike any MCU movie to come before it but does maintain one important tradition of the franchise to a tee: surprise cameos by other MCU denizens we’ve met before or were hoping to see. And one of the latest cameos featured writer Michael Waldron’s favorite comic book character.

It’s getting harder and harder to keep the cat in the bag (or the rabbit in the hat). The Doctor Strange sequel features The Illuminati. In the movie, the shadowy council’s membership is made up of Baron Mordo, a Monica Rambeau Captain Marvel variant, and, much to the satisfaction of fans, Professor X and the Fantastic Four’s Reed Richards.

Screen Rant recently asked Waldron whether he preferred writing the Professor or Reed Richards, to which the writer answered, “Probably the second one you said.” Waldron then revealed that Richards aka Mister Fantastic, leader of the Fantastic Four, was his favorite comic book character. Although the writer had to self-censor so as not to spoil anything for readers, he went on to say:

“I’m not going to mention names, so I don’t get in trouble. But only because that’s probably my favorite comic book character. To get to work on originating that character in the MCU to some extent, felt super cool. That was a lot of fun.”

Mister Fantastic is one of the first Marvel Comics characters, debuting in the pages of The Fantastic Four by Stan Lee and Jack Kirby all the way back in 1963. Although the character has appeared in several different animated and live-action versions over the years, Marvel did not possess his film rights when the MCU first appeared in 2008. The studio is now slated to produce a Fantastic Four, which will likely premiere in late 2023.

Richards’ appearance did double fan service in Doctor Strange. It gave viewers a glimpse of what Mister Fantastic might look like in the main MCU, but the casting of John Krasinski to play the role was inspired by fan requests that go back years. Although the nature of the multiverse (see Spider-Man: No Way Home) means that Krasinski isn’t necessarily guaranteed to play Richards in the upcoming relaunch, it isn’t exactly a bad sign either. Fans will have to wait and see if the ultimate casting choice goes to him.